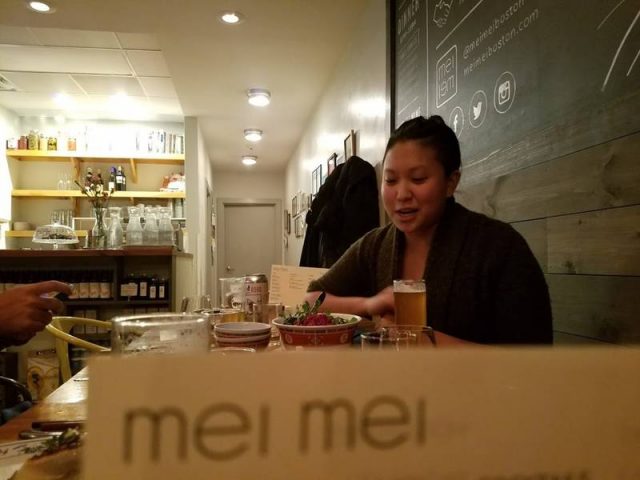 The 2018 James Beard Award semifinalists were announced Thursday morning, and among the honorees are two Brookline names.

Being nominated for a James Beard Award is a big deal for those in the food industry. It is often called the “Oscars” of the food world, and covers 21 different culinary categories. There were eight names from Massachusetts that made the list.

Brookline’s Taberna de Haro was a semifinalist for Outstanding Wine Program, one of two in New England. There were a total of 19 nominated in this category across the country.

Taberna de Haro is a tavern with an extensive Spanish wine menu and tapas in the St. Mary’s area along Beacon Street in North Brookline. Chef-owner Deborah Hansen spent eight years living in Spain, before coming back and opening the restaurant in Brookline. She and the restaurant are no stranger to awards. It’s selection was named Top 100 Wine Lists in America by the Wine Enthusiast magazine for the past three years (among other awards and recognition).

And Brookline’s own Irene Li, the co-owner and chef at Mei Mei on the Boston side of Audubon Circle near Fenway, was one of two New England chefs who made it into the category of rising chef. There were a total of 27 chefs nominated across the country. Li grew up in Brookline and her family still lives here even though her restaurant is on the Boston side.

Mei Mei started as a food truck in 2012 to acclaim, and then added the brick and mortar restaurant serving up creative Chinese-American cuisine made from local, sustainable ingredients. The restaurant opened in November 2013 and serves up casual truck-style lunch and contemporary table service dinner. Since then, they’ve also been no stranger to awards. Li has been named a James Beard Rising Star semi-finalist, StarChefs.com also awarded her as a Rising Stars winners for Concept. The restaurant was also one of Boston’s 50 Best Restaurants and Eater Boston’s Restaurant of the Year.

The long list of names will be winnowed down to a list of final Restaurant and Chef Award nominees on Wednesday, March 14, in Philadelphia. The annual awards gala will be May 7 in Chicago.