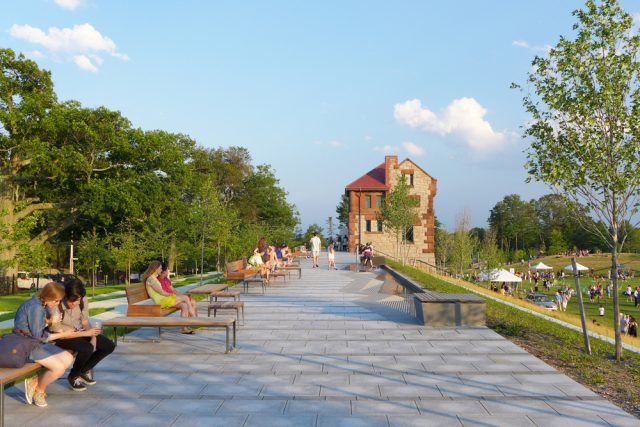 Some of the largest and most expensive estates lie within the boundaries of Fisher Hill, an upscale neighborhood located next to the Fisher Hill Reservoir. The neighborhood is named after Francis Fisher who built his estate on the corner of Boylston Street and Chestnut Hill Avenue in 1852. It is also known as Brookline Hill, Mount Vernon, and Henshaw Hill.

Fisher Hill is one of the more secluded neighborhoods of the Brookline area. Its streets are lined with tall shady trees and its homes are picturesque. Fisher Hill started growing in the early 1800s when wealthy families wanted to build convenient yet rural estates to live in during the summer months. The area today is still residential and offers the same quiet respite from the busy streets of Boston for which it was originally popular.

In 1984 Fisher Hill was named a National Register Historic District. The neighborhood is home to many houses that were built in the early 1800s, and due largely to efforts by some of its first residents, the majority of these homes are still single-family dwellings that have not been turned into apartment complexes. Fisher Hill is located near the Chestnut Hill Ave and Reservoir stops on the MBTA green line.