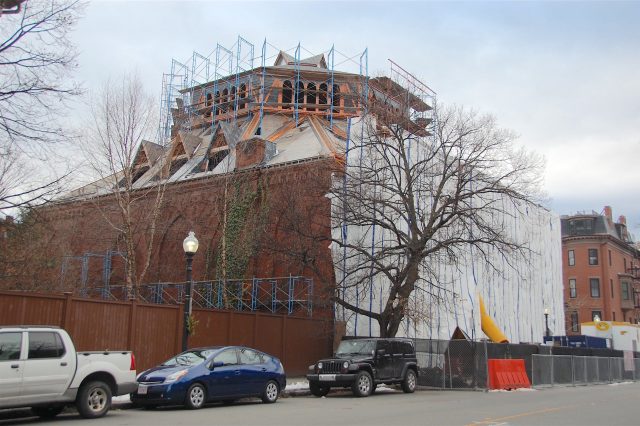 Characterized by rolling green hills and grand estates, South Brookline is one of the few truly open spaces left outside of Boston. The first residents of South Brookline were farm owners, and many of the properties are still very large as a result of conservation laws that prevented further development. As a result, South Brookline still retains much of its original charm.

Homes were originally made of wood, with simple styles that reflected the relaxed, simplistic manner of their residents. However, with the increase of European influence in newspapers and other books, home-owners began to construct bigger homes out of granite and brick, believing their residences and gardens were manifestations of their wealth (Brookline Historical Society).

Brookline Historical Society believes that one of South Brookline’s first residents, John Goddard, was instrumental in the Revolutionary War because he kept military supplies in his barn and later distributed them to New England soldiers. Many South Brookline estates later became home to several wealthy and famous residents, such as the Sargent Estate, which was home to Charles Sargent, the first director of the Arnold Arboretum, as well as several other landscapers and architects. Today, it is rumored that football star Tom Brady and Gisele Bundchen live there as well.

In 1882, the first country club also opened in nearby Clyde Park. Named The Country Club, it first began as a horseracing club, but later sought to combine social gatherings and sports in the form of golf and other leisure activities.

Today, South Brookline is a popular home for professionals with children, due to its close proximity to Boston and Brookline public schools. However, originally built to house soldiers in World War II, the John Hancock apartment buildings do provide multi-family residences. South Brookline is accessible by MBTA bus lines and commuter rail; however it is also advisable to travel by car.