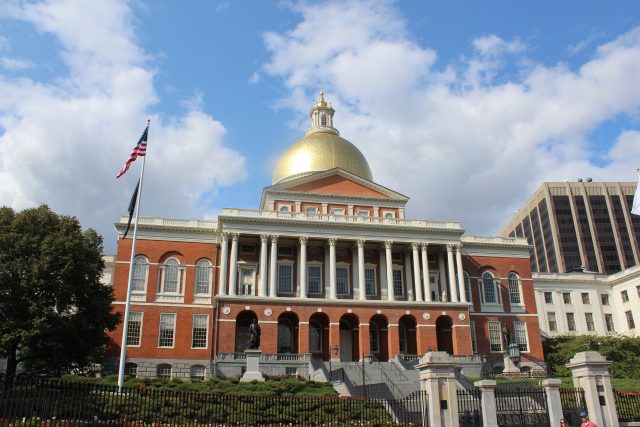 Following a vote that was reached early on August 01, 2022, by state lawmakers, Massachusetts is now one step closer to having legally sanctioned sports betting.

The Massachusetts Senate and House of Representatives finally reached an agreement on a bill around 05:00 a.m. It had already received approval from both the House and the Senate by 09:00 a.m. Once this is completed, the bill will be sent to Governor Charli Baker’s office for his signature.

Early that Monday, state lawmakers agreed on a plan of action for instituting sports betting in the Commonwealth, a process that had stalled for months. Baker is expected to sign the bill into law after it was passed by the House and Senate with 100 percent support.

“It is something that is going to bring the Commonwealth much-needed revenue, especially with these uncertain economic times,” State Senator John Velis said.

“I am proud to announce that the Sports Betting Conference Committee has reached an agreement on legislation that will legalize wagering on professional and collegiate sports in Massachusetts, bringing the immense economic benefits of a legal sports betting industry to MA,” House Speaker Ron Mariano also tweeted.

You can now expect a number of Massachusetts sports betting apps to surface following this development.

The use of a sportsbook app is recommended in Massachusetts for a variety of different reasons. The ease factor is always going to be the most important advantage. Bettors in the Bay State can now place wagers on sporting events from the comfort of their own homes, bars, restaurants, and hotels thanks to the proliferation of mobile betting.

Access to your bet slip and the other betting options at all times is a fantastic feature that gives you more freedom as a bettor. Live betting also has the major benefit of allowing you to monitor the game’s progress and the betting line as they develop in real time without being tied to a computer.

During the course of the discussions, one of the most contentious topics was whether or not collegiate athletics should be included in the betting process. The solution was to ban wagering on Massachusetts college teams until the playoffs. A result of this ruling is that you cannot vote for a team from your own state during the regular season, but you can if they advance to the playoffs.

“We did not exclude the collegiate betting, which I think would have had the impact of making folks continue to go to sister states, so I think it is a good thing and now on to the governor’s desk,” Velis added.

The issue of taxes remained a major bone of contention.

“The tax rate ended up being a compromise between the House and the Senate. The Senate wanted a higher number, the House wanted a lower number. The difference was kind of split right in the middle,” Velis noted.

There will be a 20% tax on mobile wagers and a 15% tax on retail wagers, as agreed upon by the Senate and the House. The bettor is not responsible for this tax; rather, it is the responsibility of the operator.

Legislators debated the pros and cons of allowing businesses like DraftKings to advertise during games, and ultimately decided to allow such commercials.

The MGM Springfield has opened a cutting-edge sports-betting lounge, and it is ready to accept customers. The following statement was provided by Chris Kelley, President and Chief Operating Officer of MGM Springfield, to Western Mass News during a visit to the casino on Monday:

“We are thrilled the state legislature reached an agreement to create a safe, regulated and legalized sports betting environment for Bay State residents and look forward to Governor Baker signing the bill. This new industry will allow Massachusetts to repatriate the revenue and jobs currently being lost to neighboring states and the illegal betting market. We look forward to providing local sports fans an immersive, world-class sports watching and betting experience in our sports lounge along with a VIP viewing area within TAP Sports Bar.”

As to when exactly betting on sports will begin in the state is something that has not yet been decided.