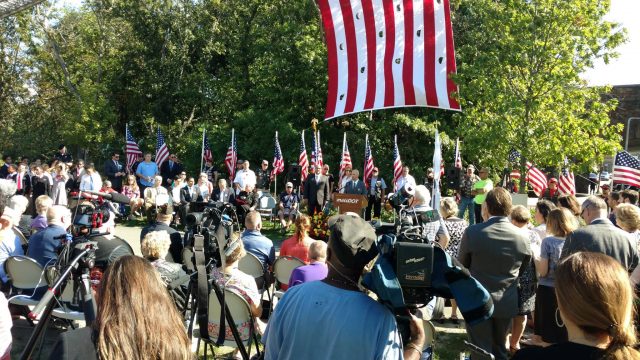 The Jamaica Way Bridge is being renamed in honor of the late sons of the cowboy-hat-wearing man who was captured in an iconic photo helping to save a man in a wheelchair during the 2013 Boston Marathon bombings. 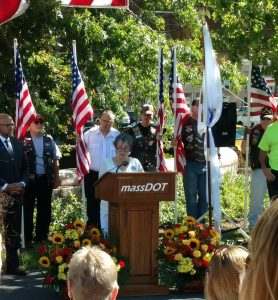 The bridge, built in 1936 at River Road and Route 9 was renamed the Lance Corporal Alexander Arredondo and Brian Arredondo Memorial Bridge. Veteran’s Groups, Gold Star Families, elected officials, and neighboring communities including those from Boston and JP showed up and were serenaded by the Sacred Heart School Children’s Choir.

Carlos Arredondo, and his wife Melida, as well as Victoria Foley who is the mother of the boys, were at the renaming ceremony of the bridge for, Alexander and Brian. Arredondo and Foley lost their son Alexander, a Marine, in Iraq in 2004. Brian committed suicide 2011. Arredondo became an advocate for suicide prevention.

Republican Gov. Charlie Baker was at the renaming ceremony as well. 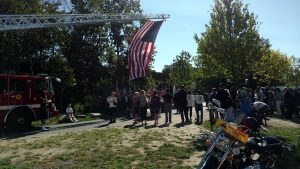 The bridge was built with federal funds in the mid-1930s along the Brookline, Boston border as a public works project during the depression, according to the Jamaica Plain Historical Society, and at the time ran into a number of issues, including peat bogs.

“When the approach ramps were done, the one facing JP started to sink, while in the middle of Leverett Pond an isle of peat began to rise from the pond’s surface. The difficulty was that the approach was resting on an unstable peat bog 60 feet beneath it,” according to a post by the society.

Here is what is posted on the plaque under it: 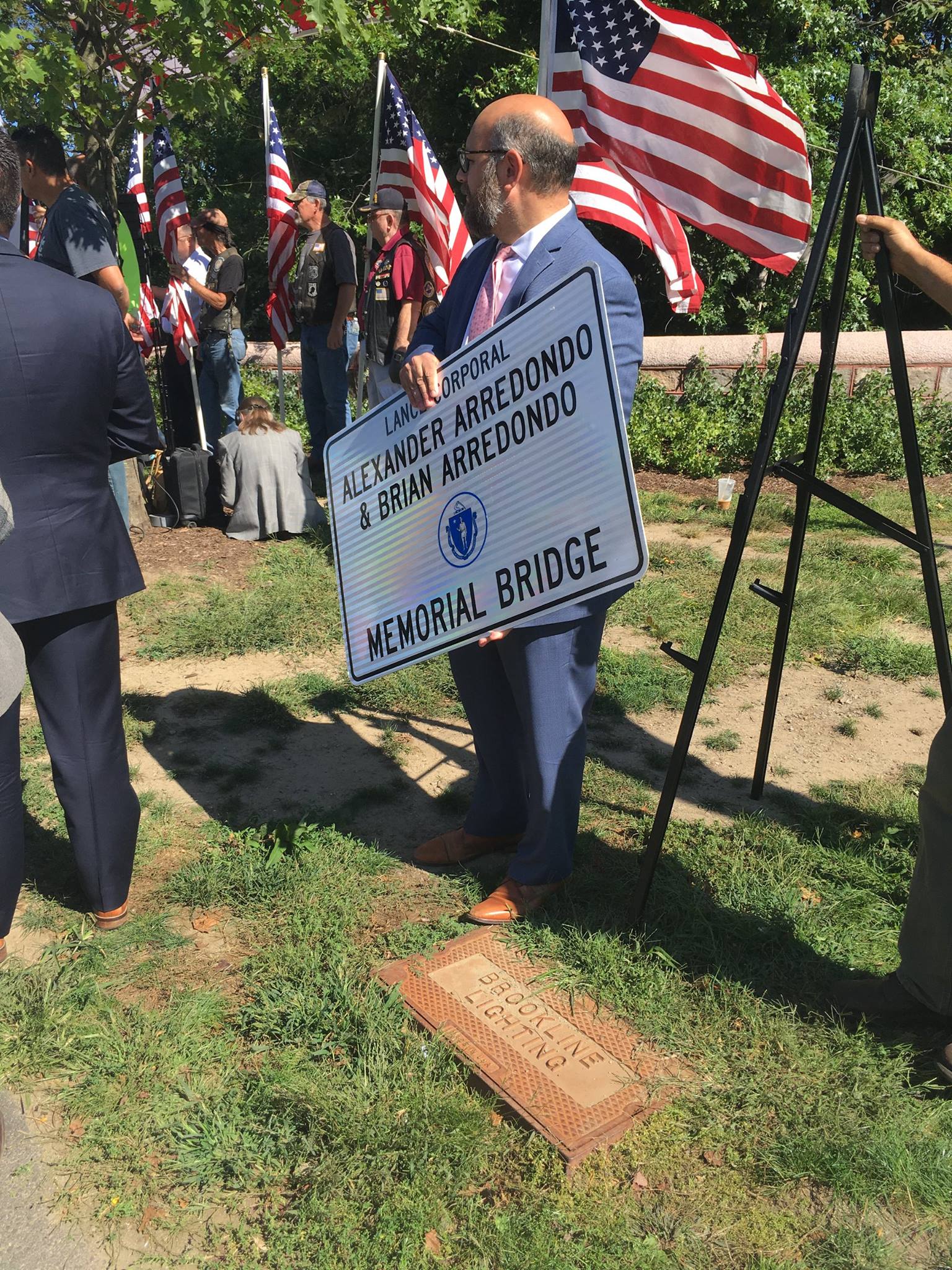