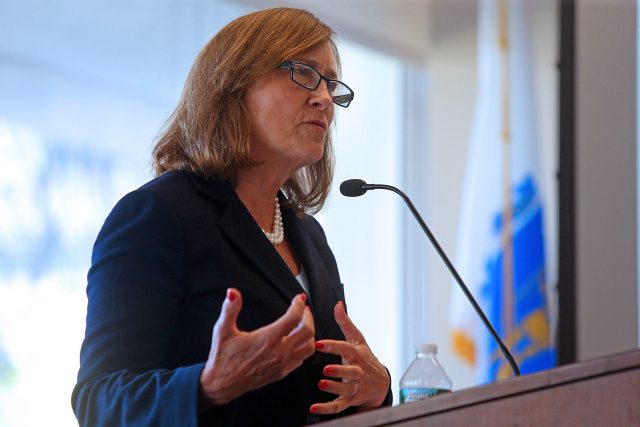 Goldberg will face off with Republican nominee Michael Heffernan of Wellesley in the November election. Ian Jackson of the Green-Rainbow party will also be on the ballot.

Goldberg’s family founded the Stop & Shop supermarket chain and she previously served in executive positions with the company.

Goldberg has made expanding the state’s financial literacy program a centerpiece of her campaign. She says all Massachusetts residents should have the information they need to avoid falling into debt or foreclosure.

She ran unsuccessfully for lieutenant governor in 2006.