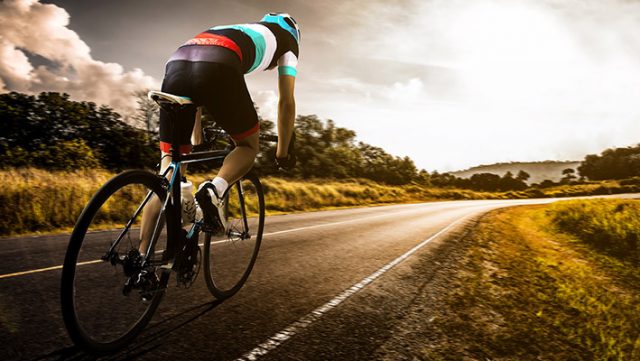 Every year for the past three years Brookline Police Officer Oscar Santos has set out on his bicycle and ridden 275 miles in four days from Boston to New York City, in the annual Tour De Force.

The Tour De Force started following Sept. 11, 2001 attacks as a way to honor the men and women who lost their lives.

The ride started in 2002 when Det. Robert De Paolis of the NYPD, seven other members of the NYPD and one member of the Bronx District Attorney’s Office along with four volunteer support personnel, cycled from the Pentagon in Arlington, VA, to Ground Zero, NYC, according to Santos.

It has since evolved into a 275-mile, four-day ride, which raises money for the families of police officers killed in the line of duty.

This year Santos, who has been with the Brookline police Department since 2012, raised $1,895.

Following this year’s ride, Santos took the time to answer questions about his experience for the TAB via email.

What inspired you to do the ride?
Back in 2014, Officer Yu Kajita invited me to participate in the Memorial Bike Ride in honor of Officer Sean Collier, which went from Boston to Providence. After finishing that day and seeing all of the participants and their dedication to this mission, I was so inspired that I asked for information on how to sign up for the entire four day event. In 2015, I was riding my first Tour de Force from New York City to Boston.

What moment stands out from your first ride?
Crossing the finish line in Providence, that was a relief. I was pretty tired after riding 60 miles, but then I saw all the other participants who were so motivated to continue riding for another three days. That inspiring moment made me realize that 60 or 275 miles was nothing compared to what families had to endure after losing a loved one in the line of duty.

What keeps you going back each year?
I have come back each year because I know that we are making a small difference in someone’s life. It’s important to let them know that they have an extended family across the country, and that they can count on us for support. Also having the support of my biggest fan, my wife Yasira. Without her, none of what I do would be possible. That’s what keeps me motivated to continue riding each year.

How does it feel at the start and end of the race? What are you seeing?
I am always anxious at the beginning of the race for some reason, but after riding for a few miles that anxiety goes away. During the ride you see the camaraderie and how everyone is helping each other. It could be by either helping you change a flat tire, a broken chain or even pushing you to keep pedaling those last few miles. Once you are getting closer to the finish line after 60, 80 or 100 miles, the aches and pains transform into euphoria, and it feels like you could go another few miles.

Who does the ride benefit?
The TDF has evolved into an annual four-day event in which we continue to remember our brothers and sisters that died that fateful day. In their honor, we have made it our mission to raise funds for families of Police Officers, killed in the line of duty, nationwide. The TDF also holds several one-day benefit events, each year.

Each September, law enforcement officers from around the country and abroad depart on bicycles and journey approximately 270 miles along the east coast to support this cause. Each and every rider participates in raising funds to support what we all believe is a wonderful and very worthwhile endeavor. It is the belief in our mission that brings so many participants back year after year.

Why did you become an officer?
To help others. It’s a good feeling to know that everyday I have the unique opportunity to make someone’s day better and to make a difference in the community that we all serve.

Is there anything else you would like to add?
I would like to take this opportunity to encourage others to find activities they like, and become part of these types of organizations dedicated to serving and strengthening our community.