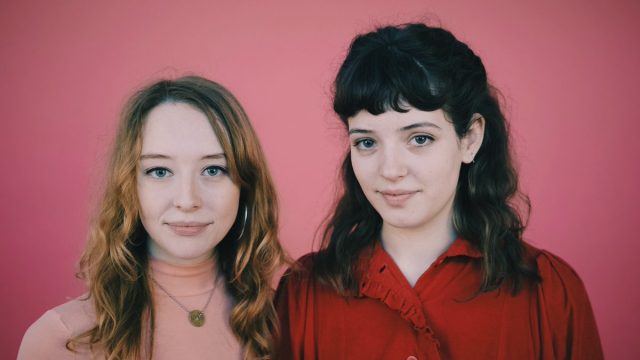 Brookline High alum Cindy Liberman is bringing women a new option for lingerie by offering handcrafted lingerie designed by women for women with an emphasis on sustainability.

A student at the London College of Fashion, Liberman founded Lara Intimates, an award-winning lingerie brand, with fellow student Faith Leeves. The pair started the brand after seeing a need for lingerie that was not just high quality, but also sustainable.

“We just kind of teamed up and the collection started organically,” said Liberman.

With the goal of sustainability in mind Liberman and Leeves started their brand by first finding a supplier who could provide them with the right fabrics. They lucked out in finding a nearby buyer who could sell them reclaimed luxury lingerie fabrics coming from factories in Asia that do not want the fabrics because they are either excess or dyed the wrong color

Though focused on sustainability, Liberman stressed that sustainable lingerie and aesthetically pleasing lingerie are not mutually exclusive.

“We want to be an independent brand with this niche focus of sustainability but we don’t want to supply a niche product,” Liberman said.

Lara Intimates lingerie is designed with the customer in mind.

Spearheading the design effort, Leeves worked on product development and created each piece for the “girl gaze” – lingerie intended to look beautiful, feel comfortable and be supportive.

Thorough and meticulous, the pair did not take any shortcuts.

“We were very fluid with things, when something didn’t feel right we were able to change the model,” Liberman said.

Before finalizing their designs the pair took an extra step and brought in everyday women to act as live models for a fitting and provide feedback in exchange for underwear and a bra. For Liberman, the turnout of women who agreed to come in for the fitting was encouraging.

“I was really excited that it appealed to a range of women,” Liberman said.

While Leeves, took the lead on product design, Liberman tackled market research and outreach, which indicated there was a market in the fashion industry for locally sourced lingerie.

“More and more people are seeing underwear as a trend-based product and view it as outwear, but the quality is going down,” said Liberman.

Though she is studying lingerie and swimwear design, marketing and business is a natural step for Liberman who discovered an interest in business and marketing while completing internships at school.

Liberman realized her interest in pursuing a career in fashion design while working as a student costumer designer for Brookline High’s performing arts department. It was there that Liberan displayed a talent not just for creating clothes, but also for business and organization.

“She’s that rare kid who has all those things, she doesn’t just have talent, she also has the requisites, the wherewithal, the drive and she’s also the sweetest person you’d ever like to meet,” said Performing Arts teacher Mary Mastandrea.

Mastandrea recalled a time when Liberman found herself suddenly responsible for designing costumes for an entire show. Rising to the challenge, Liberman not only designed and tailored the costumes, but managed to work out deals with local shops that allowed the department to borrow various items for the costumes.

“She was amazing, she could work out deals with people,” Mastandrea said.

With a lot of work ahead for the pair, Mastandrea said that if anyone can do it, it is Liberman.

“I will not doubt that she will be entirely successful with it,” Mastandrea said.

With the goal of opening September 1 after they graduate this summer, Liberman and Leeves plan to fund their business through Kickstarter crowdfunding. The crowdfunding will allow buyers to order items in advance and provide Liberman and Leeves with the funding to rent a production space, purchase equipment and hire two to three more people to help with assembly.

Shoppers will be able to purchase up to three sets of underwear, any of the bras and the bodysuit. Liberman and Leeves hope to be able to ship the lingerie in July, according to the Lara Intimates website.