The Town of Brookline mourns the loss of its first Town Administrator, Richard Leary. Dick Leary passed away on March 11 after a life of public service and dedication to Brookline, the town he loved.

Richard T. “Dick” Leary died peacefully at home on March 11, 2018, at the age of 85, with his family at his side. Beloved husband of Loys “Lindy” Lindgren, who predeceased him. Lindy was the love of his life with whom he shared 61 loving years of marriage. Devoted father to Susan Leary of Chestnut Hill, Linda Leary of Chestnut Hill, and Elise and Alan Lapham of Reading. He was predeceased by his son, Richard T. Leary, Jr. Proud and loving grandfather to Ian and Amanda Lapham. Dick was predeceased by his brother John F. Leary, Jr. and sister Catherine I. Belair.

He is survived by many loving nieces and nephews. Dick was born in Medford, Massachusetts.

He attended Malden Catholic High School and played on the 1948 Malden Catholic State Championship hockey team. He attended Vermont Academy where he continued his hockey career. Dick also played hockey under the legendary Dartmouth College coach Edward “Jerry” Jeremiah and graduated from Dartmouth with a degree in Government. He then received a Master’s Degree in Public Administration from Boston University.

Dick served as Medford Assistant City Manager under City Manager James Shurtleff and then moved to Brookline in 1960 as Executive Secretary working with Arthur O’Shea. In 1985, Dick was appointed as Brookline’s first ever Town Administrator, a position he held until 1994, culminating a 40 year career in public service. He also help found the Town Administrator form of government in Swampscott after his Brookline years of service. Dick was a Master Lecturer at Boston University’s Metropolitan College for 20 years, mentoring new generations of public servants.

First and foremost, Dick was devoted to his Family. He was the family patriarch, hosting extended family yearly reunions for 40 years and teaching all of us the true meaning of Family Spirit. Whether as family leader or public servant, Dick’s was a life of service. His love for Lindy was deep and true – they were soulmates and partners in every sense of the word. They taught us all what Love and Marriage are all about.

Dick will be remembered by family, friends, and colleagues as a gentleman, a family man, a courageous man – who never gave up and who always did the right thing. There will never be another like him.

Visiting hours will be held in the Bell-O’Dea Funeral Home, 376 Washington Street, Brookline on Friday March 16, 2018 from 3:00 – 7:00 p.m. A Funeral Mass will be celebrated on Saturday, March 17, 2018 in St. Mary of the Assumption Church, Brookline at 10:00 a.m. Relatives and friends are kindly invited. Interment Holyhood Cemetery.

In lieu of flowers, donation in memory of Dick made to the Richard T. Leary Scholarship Fund at Brookline High School, 115 Greenough Street, Brookline, MA. 02445. 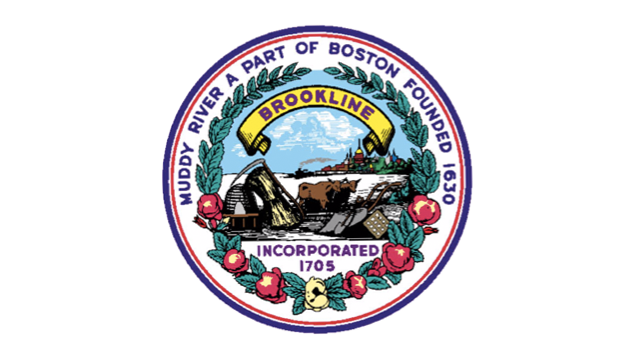