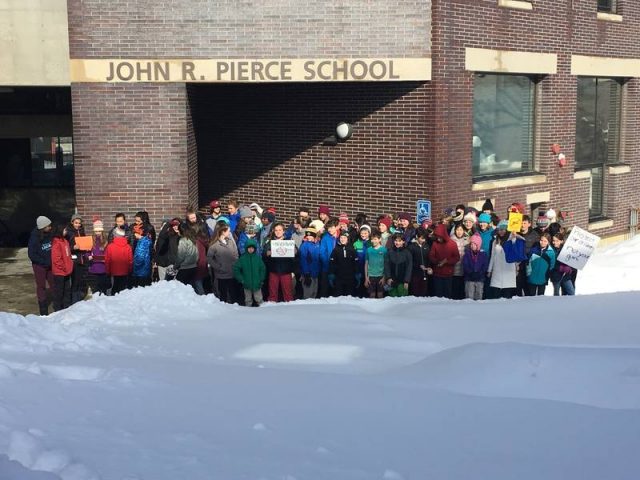 The snow day did not stop dozens of students across the town from walking out in an effort to show where they stood on gun violence, and to stand in solidarity with the students and families at the Parkland Florida school where 17 people were shot dead one month ago.

More than 100 Pierce School students were joined by adult allies for the National School Walkout this morning, according to the parent of a student organizer.

Students showed up holding signs, some with their parents others with friends outside the Pierce School near the corner of Harvard and Cypress. Students also marched at the Runkle School.

High school students planned their walkout for today, but because of the snow day will hold it Thursday, organizers told Patch.

Still, some were planning to head to the State House for a March For Our Lives rally this afternoon.