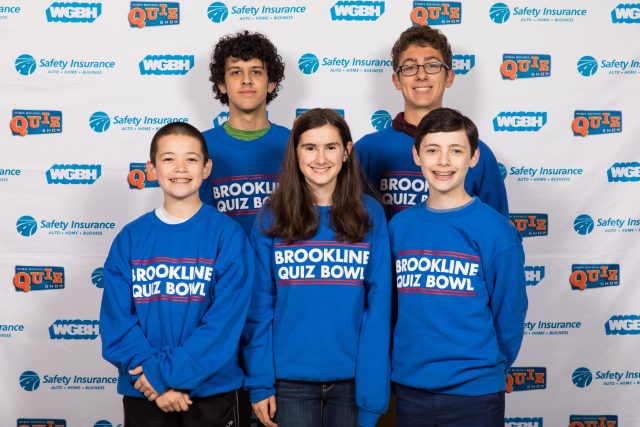 Brookline High School competed on season 8 of High School Quiz Show, as well as seasons 3 and 4 prior to that. The top 16 teams will advance to compete in the televised, single-elimination, bracketed academic tournament that will determine a state champion. High School Quiz Show begins taping at WGBH in January in front of a studio audience.