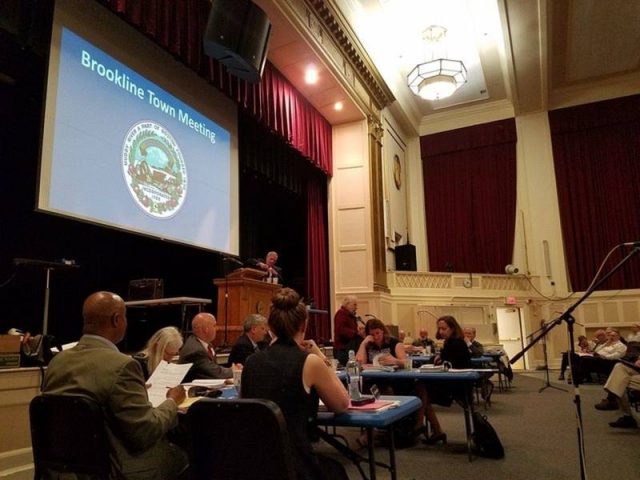 Brookline just dropped Columbus Day. After hearing arguments from both sides, including a Brookline High School student for the name change and a group of Italian-Americans from outside the town against the proposal, the legislative board of Brookline’s Town government voted.

The proposal to sub out Columbus Day with Indigenous People’s Day passed with 168 votes in favor, 14 against, and 23 people abstained from the vote, according to the early electronic results.

Brookline joins the likes of Alaska, Minnesota, Vermont and more than 55 municipalities across the US including Denver and Salt Lake City.

This came one day after the Town Meeting members voted to change the way they refer to the Board of Selectmen. That board will now be referred to the “select board,” dropping the gender identifier “men.”