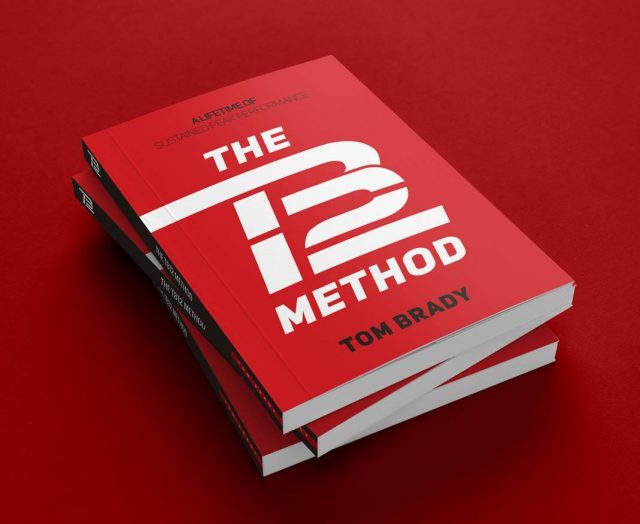 With the release of his new book, “The TB12 Method: How to Achieve a Lifetime of Sustained Peak Performance,” Patriots quarterback Tom Brady told CBS This Morning’s Norah O’Donnell all about the special diet he credits with helping him stay on the field past age 40.

He said he has been following the mostly plant-based diet for about ten years, and claims that, along with pliability exercises, has been key to keeping fit.

The new book features recipes like that from his diet, which is about 80 percent fruit and vegetable based, but allows for some lean meat and poultry.

So what’s in Tom Brady’s fridge?

“Probably a lot of stuff that’s made here at the house,” Brady said, adding that he and wife Giselle Bundchen have a garden behind their Brookline home. “We have a lot of vegetables, all of the salads we eat come from our garden. But just a lot of good, healthy stuff.”

That means foods rich in fiber and protein, but low in sugar and salt. For example, for breakfast, he said he likes a smoothie–but maybe not the kind you are used to.

“My ideal one is like a blueberry smoothie with some seeds and some nuts, some electrolytes and some protein powder,” he said. “I love almond milk, rice milk, a little hemp milk from time to time.”

“I’m not saying that’s not good, because that does taste very good,” Brady said. “But everything in balance, that’s what I think.”

Brady focuses on foods that reduce inflammation, as he says they lead to quicker recovery time.

Another important aspect is hydration. Brady drinks half his body weight in water in ounces each day, about 115 ounces or “probably more.”

Some may find his diet limiting, but Brady sees it as offering more possibilities.

As the oldest non-kicker in the league, Brady is relying on his strict regimen to keep him in the NFL at least another five years.

“If I can get to 45 really healthy, then I get to make a decision,” Brady said. “I want to go out playing the sport I love at a high level, and never be someone that is weighing down the team.”

“The TB12 Method” is being published by Simon & Schuster, a division of CBS.