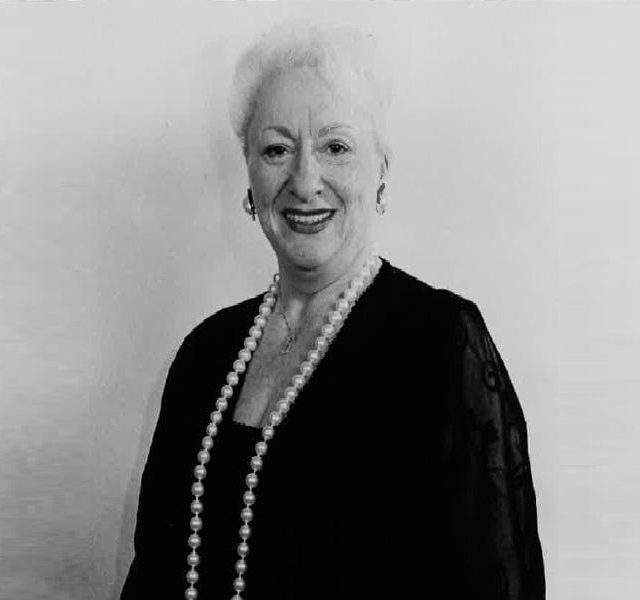 She fled from the Nazis with her parents in 1939, fended off career criminal “Little Nick” when he tried to rob her, and distinguished herself as a compassionate and adept business woman – throughout all of it, Sonia Paine was driven by passion and a deep love of family.

The Brookline resident and antique shop owner passed away at the end of July at the age of 95.

As the Nazis readied to invade Poland in 1939, Sonia and her parents secured passage to the United States on the last boat, according to her son, Mitch Paine. A well-to-do family in Poland, Sonia and her parents left most everything behind and arrived with only a handful of belongings. The hardship of being forced to leave their home with nothing did not stop the family from working hard. They moved to Dorchester, where Sonia’s father worked as a barber and Sonia took a job working for a furrier.

“They weren’t lazy people; her parents were very successful in Europe,” said Mitch.

It was from her parents and their life in Poland that Sonia learned to work hard and always put family first. Those values colored everything she did and distinguished her not only as a mother and a grandmother, but also as a successful businesswoman.

After moving to Brookline with her husband and starting a family, Sonia began selling antiques out of the family home’s basement. Having grown up in Poland surrounded by nice things, she had a good eye that lent itself to the antique business. Mostly, however, she was self-taught.

Mitch recalled Sonia taking night classes, reading books and attending antique shows, all to educate herself and earn a reputation as a gifted and respected antique dealer.

Sonia single-handedly grew the business, while also raising a family. Sonia Paine Antiques occupied a store on Hammond Street off Route 9 for around 26 years before moving to a spot on Route 9 in Newton.

“She was a very tough lady,” Mitch said. “This was her breath, her business was her passion.”

Though dedicated to her business, family always came first for Sonia, who had three children and seven grandchildren.

“When she was home she wasn’t Sonia Paine the iconic business woman, she was ‘Ma’ or ‘Nana’,” said Mitch.

Though she would go the extra mile for her family in a heartbeat, even take the shirt off her back, Sonia was not afraid to speak her mind and share some tough motherly love.

“If you did something she didn’t like, she’d tell you, no filter,” said Mitch. “She did it gracefully, but in a way that made it clear what she meant.”

That compassion wound its way into Sonia’s business. As she often worked with clients who were liquidating estates after a loss, Sonia took time to sit with them and hear to their stories.

With a gift for listening, Sonia was known as a source not just for good antiques, but for comfort and advice. Clients would stop by the shop often just to talk and say hi, knowing that Sonia’s door was always open.

For Sonia, it was more than just a business transaction. She was about the people and about helping others.

Though compassionate, Sonia was no pushover. When career criminal Nick George “Little Nick” Montos entered her shop one day, she showed nothing but toughness.

After sneaking into the shop, Montos approached Sonia where she stood alone in the store. He then placed a gun on the counter. After glancing at the gun, Sonia, who was 78 at the time, told Montos, who was 73, “I’m sorry, I don’t know the first thing about guns,” according to her sons Mitch and Stanely Paine.

A career criminal who had a history of escaping from prison and had spent time on the FBI’s Most Wanted list, Montos was there to rob the store. He cut the store’s phone lines, tied Sonia up and began smashing display cases looking for items to take.

When Montos became distracted after discovering a second phone line in the store, Sonia seized the moment to somehow break free of the plastic ties that bound her wrists, press a panic button, grab a bat and go after Montos.

In the midst of their struggle Montos momentarily got a hold of the bat and hit Sonia in the head, opening a gash that would require stitches. Nonetheless Sonia kept fighting.

When police reached the store they found a dazed and injured Montos. As police began to escort Montos out Sonia stopped them, walked right up to Montos and took the checks from his pockets that he had stolen from her safe.

For Sonia it was simple; she was not going to let anyone take what she had worked so hard for. Her response was not exactly a surprise to her family.

“I was amazed to the point that I laughed because that is Sonia Paine, she takes no crap,” said Mitch.

When she was not running her business or looking after her family, Sonia made time to give back to her community by donating to various charities and serving as an active member of Temple Emeth in South Brookline.

At her core, that was what Sonia was all about – putting others first and giving back to her community.