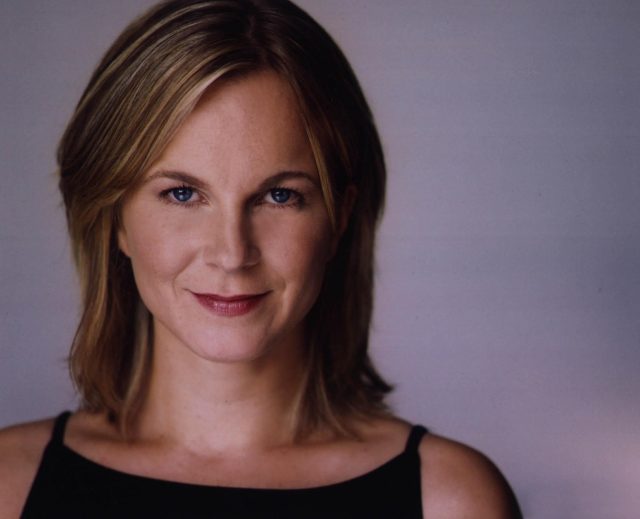 What do you do if you are a chronically cranky woman being made to share your space in an assisted living facility with a perpetually positive roommate? You make a bet with your adversary where your victory means her exit.

In “Ripcord,” a comedy by Boston-born playwright David Lindsay-Abaire (“Good People”), the idea of such a wager seems benign enough, but it soon becomes a stakes-raising game of one-upmanship. The play, which opened off-Broadway at Manhattan Theatre Club in 2015, will be presented by the Huntington Theatre Company at the Calderwood Pavilion, Boston Center for the Arts, beginning May 26.

“In their bet, Abby (Nancy E. Carroll), the grouchy one, has to make Marilyn (Annie Golden) mad, and Marilyn has to make Abby scared. If Abby wins, Marilyn has to move out. If Marilyn wins, she not only gets to stay, but she also gets the best spot in the room – the bed near the window, with a view of a lovely park,” explained actress Laura Latreille, who plays Colleen, Marilyn’s like-minded daughter.

“I love Colleen. She is the mini-me of her mom, a carbon copy, really. She’s kind, gentle, and very enthusiastic,” said Latreille. “Both she and her husband are nice people with positive attitudes. Colleen loves her mother very much, too, and supports her fully.”

And with the older woman no longer able to live on her own, Colleen has also assumed additional responsibilities.

“Colleen and her siblings now operate the sky-diving business that Marilyn and her late husband once ran,” says the Montreal-born Latreille, who now makes her home in Brookline. “Colleen’s s a real people person, so the work suits her perfectly.”

And sky diving even ends up playing a role in what becomes an increasingly personal battle of wills between the two older women.

“Abby wants Marilyn out. She has driven all her previous roommates away so she expects to do so again,” says Latreille, an assistant professor in the theater department at Boston’s Suffolk University.

“I think Colleen feels for Abby, but she still wants her mom to win the bet. At one point,” she says, “‘We’re a very competitive family. We love a challenge.’ It’s all in good fun for the most part, even when things get a little dicey.”

Latreille, who originated the role of Mary in the Huntington’s 2006 premiere production of “Mauritius,” and also acted on the Huntington stage four years ago in Ryan Landry’s “M,” says the ever-optimistic Colleen is a departure for her.

“I usually play darker, more intense characters. It is not often that I do comedy. I’m most often cast in dramatic, complex roles, which I love, but Colleen is just the opposite. She’s a light, comedic character. There’s a playfulness that you just have to jump into with a comical character like this one.”

And when the material is by Lindsay-Abaire, whose “Rabbit Hole” won the 2007 Pulitzer Prize for drama, you know it will be a comfortable landing.

“This one is very different from ‘Good People’ and ‘Rabbit Hole.’ It goes back to his ‘Fuddy Meers’ days. It’s got big, rich, broad-stroke characters that are like people you know. They’re wild, but very real,” says the actress, who appeared in a 2000 production of ‘Fuddy Meers’ at Wellfleet Harbor Actors Theater.

This past year has also been very different for Latreille, who, after 20 years appearing off-Broadway, originating roles in numerous world premieres and working with people like Theresa Rebeck, Amanda Peet and the late Philip Seymour Hoffman, decided to pursue a full-time teaching position.

“I started at Suffolk last September and they’ve really welcomed me. I love the creative environment there. I also love the Boston theater community. There are no egos, everyone just wants to tell great stories,” says Latreille, who earned her MFA from Brandeis University in Waltham. “I’m very happy to be a part of both communities.”