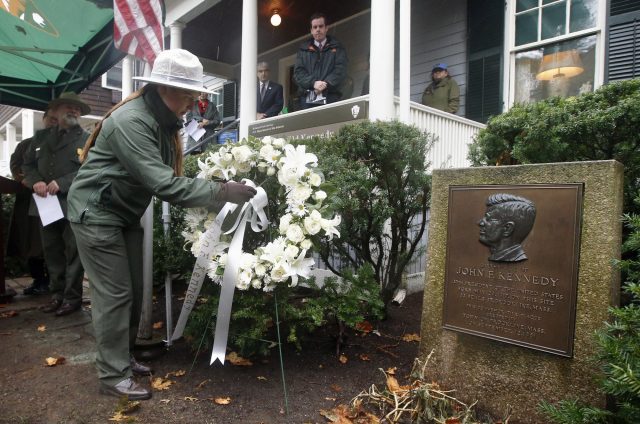 A year of events marking the 100th anniversary of President John F. Kennedy’s birth came to close Wednesday, exactly 54 years after his assassination.

National park rangers laid a wreath outside Kennedy’s childhood home in Brookline, Massachusetts, and there were speeches from officials, such as former Massachusetts Gov. Michael Dukakis. The event also included a 21-gun salute by an honor guard.

The solemn commemorations fell on the anniversary of Kennedy’s assassination in Dallas on Nov. 22, 1963. 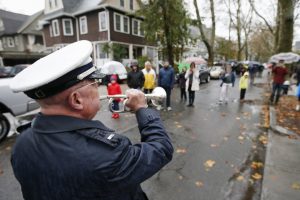 The observances were held at what is now known as the John Fitzgerald Kennedy National Historic Site administered by the National Park Service.

Jason Atsales, a lead park ranger at the site, told the Boston Globe that 2017 has been one of the “busiest years at the site” since it opened in 1969.

“With JFK’s centennial celebration, and the release of the JFK files just a few weeks ago, it may have sparked some new interest,” he said.

The nation’s 35th president was born in the leafy Boston suburb on May 29, 1917. Over the past year, numerous conferences and other events have been held worldwide to examine JFK’s legacy and imagine his impact had he survived.