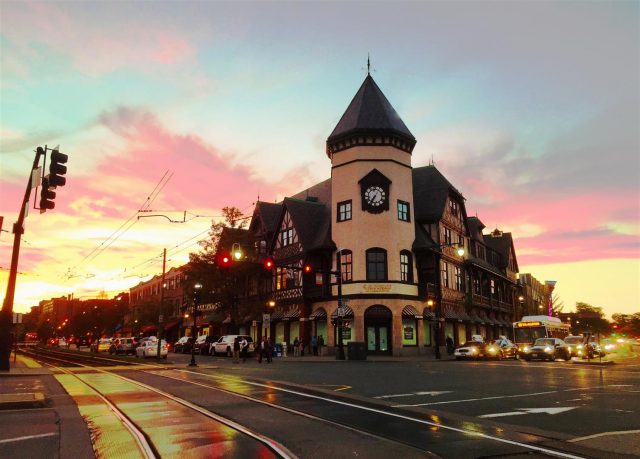 A need to improve pedestrian right-of-ways along Beacon Street and Harvard Street, has prompted the town to survey its ramps and walkways and bring them to meet Americans with Disabilities Act (ADA) requirements.

The Massachusetts Office on Disability approved Brookline for a Municipal ADA Improvement Grant to go towards surveying pedestrian right-of-ways, specifically curb cuts, or ramps, and walkways.

The grant, of up to $10,000, is to be spent on a survey of Beacon Street, from St. Mary’s to Washington Square, and Harvard Street, from Route 9 to Verndale Street by Commonwealth Avenue. In the event that there is money remaining, there will be a survey of other main roads; however, the money is only to be used for the survey, not reconstruction.

“I took [the application] back to the Brookline Commission on Disability and we thought of a few priority projects we wanted to get done, one of them being pedestrian right-of-ways, making sure that we had a complete survey to really know where our problem areas were so we could come back to the town and say these are the priorities that we need to take care of on our streets,” ADA Coordinator Caitlin Haynes said.

Complaints about pedestrian right-of-ways and audible pedestrian signals, mostly in Coolidge Corner, prompted the town to take a closer look at accessibility in that area. The first step in the project was to identify specific problems.

“We realized before we went to DPW and said we wanted these things to be fixed we should really come up with a list of priorities that need to be fixed, that are not compliant,” Haynes said.

This is where the grant for the survey came into play.

The Institute for Human Centered Design will be completing the survey, estimated to be completed no later than December 2017, according to the grant application sent by Haynes. Once completed, the survey will be sent to the Department of Public Works to follow through with making the areas compliant with ADA requirements by February 2018.

When Brookline established an ADA Self-Evaluation and Transition Plan in the ’90s, the ADA Transition Team failed to set a clear plan for ensuring the town was kept to standards with curb cuts. The plan simply acknowledged the current curb cuts available and other requirements that were met. It also established that a Compliance Team was supposed to remain in place.

Although there is no specific Compliance Team now, the Brookline Commission on Disability addresses any ADA concerns.

According to the U.S. Census data from 2011-15, 4.1 percent of Brookline residents under the age of 65 have a disability.

“In the time since then, Brookline has relied solely on resident complaints and concerns to allocate updates to original curb cuts and pedestrian walkways,” Haynes wrote in the application. “Relying on residents to make complaints is not an efficient way to improve access within Brookline.”