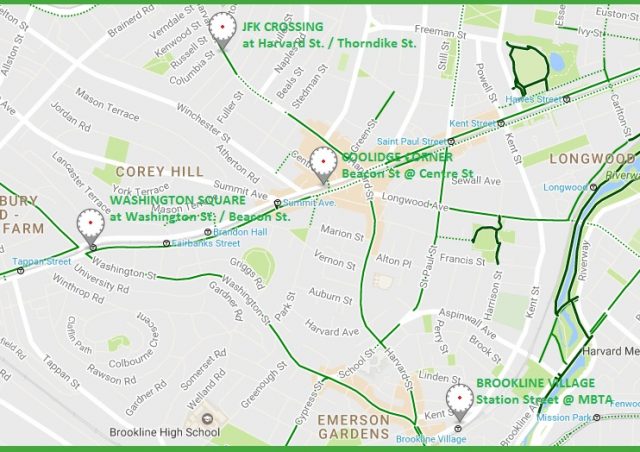 If you have been wondering where Brookline’s four Hubway’s stations are now that it is (sort of ) nice out, grab your bike helmets and get ready. Hubway says they are scheduled for deployment, weather permitting, on Friday, May 12. That’s tomorrow, which is convenient for anyone planning to attend Brookline’s annual bike parade next weekend. (More on that soon).

The four stations are making an appearance in town for the first time since December 5, when they rode off to winter hibernation. And if the promise of bikes back in town is not making you happen enough. Hubway says to expect an extended season this year. This comes just after town officials announced they have given the green light to additional stations around town, too.

This will be the fifth year anniversary of Hubway in Brookline. The town launched its Hubway program to much applause in 2012, a year after the bike-share program came to the Boston area.

As soon as Brookline gets its bikes on the road, all four Hubway system municipalities (Boston, Brookline, Cambridge, Somerville) will be in operation with their more than 180 stations. The four in Brookline will be in the same locations as last season: