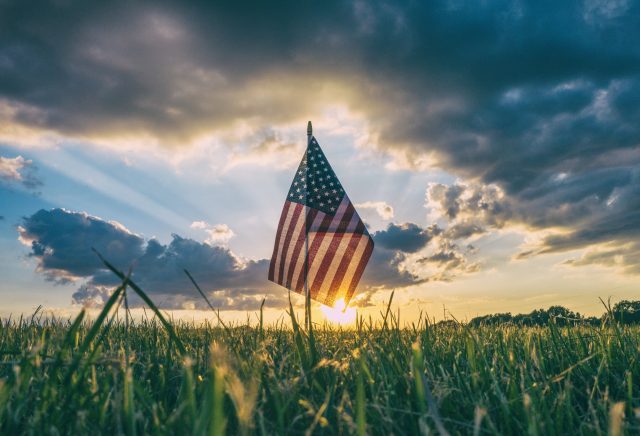 Community members are invited to attend the Town of Brookline’s annual Memorial Day Ceremony, and join town officials, veterans, veterans groups, and the public in remembering those who died while serving in the United State Armed Forces.

Representatives from American Legion Post 11, Veterans of Foreign Wars Post 864, Brookline Veterans’ Services, Daughters of the American Revolution and the Brookline Police and Fire Departments will be in attendance.

See below for the program itinerary:

Ceremony at Walnut Hills Cemetery Veterans’ Lot, 96 Grove Street (09:00 a.m.) The ceremony will be conducted by Director McGroarty. A Firing Squad/Honor Guard composed of Members of the American Legion and Veterans of Foreign Wars-Stephen F. Rutledge Post 864, Brookline Police Department, and Brookline Fire Department will be present. Taps will be performed.

An honor guard composed of Members of the American Legion and Veterans of Foreign Wars-Stephen F. Rutledge Post 864, Brookline Police Department, and Brookline Fire Department will be present. Taps will be performed.

Director McGroarty will preside over the ceremony. The event will feature a speech from Jerry Wolosenko, a U.S. Vietnam War Veteran, Bronze Star recipient and Ukrainian American.

Additionally, the ceremony will include a placing of a wreath of thanks and salute, a moment of silence, and a presentation of the Veterans Service Award.

Collation at Veterans Post, 386 Washington Street (12:00 p.m.) A collation, which includes a light lunch, will take place at the Veterans Post upon completion of the Ceremonies around noon.