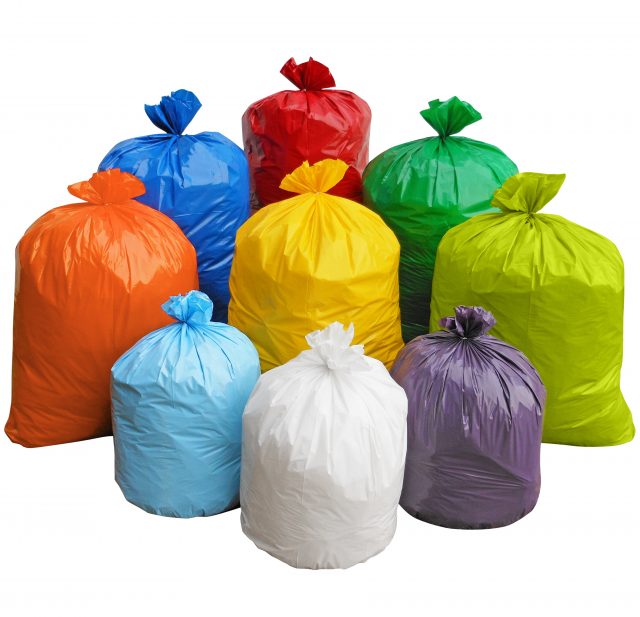 Here is a recap of Brookline’s top ten trash and recycling stories for the past year:

13,200 Brookline households converted to black waste carts for weekly discards. The hybrid pay-as-you-throw program brings more efficiency to trash collection and better reflects the true cost of disposing of trash – bringing savings to those who throw out less.

The People’s Republic of China, upset over contamination in recyclables sent from the USA and other countries, pulled import licenses causing prices for used paper, cardboard, and metal and plastic containers to plummet. And municipal costs for recycling went sky high.

The town contracted with Simple Recycling, Inc. to offer a convenient way for residents to repurpose no-longer-needed clothes, textiles, and homegoods. Pink bags should be placed at curbside.

Residents can take responsibility for the true cost of disposing of their extra trash with $3 purple overflow bags. They are available at local stores.

Inspectors renewed efforts to make sure residents follow guidelines for recycling. And most residents responded by keeping plastic bags, foam, food, dog waste and other contaminants out of their blue carts.

As the landfill nears capacity and struggles with leakage from its previous iteration, we increasingly went back to burning Brookline trash in the SEMASS waste-to-energy plant in Rochester.

Residents made over 1,248 trips to properly dispose of household hazardous products at the HHP Drop-Off between May 1 and Oct. 31.

In a purge the scale of which has not been witnessed since the Presidium changes of 1957, the Solid Waste Advisory Committee lost three long-time members and added four new ones. Thanks to Cynthia Snow, Amie Lindenboim and Barbara Field. Welcome to Kathleen O’Connell, Mary Litterst, John Shreffler and Deane Coady.

Thanks for helping municipal solid waste work in Brookline!

Yard Waste collection is over until Monday, April 2, 2018.

“Naked” Christmas trees will be collected at curbside until Wednesday, Jan. 31, 2018.

You know the drill: Remove trees from those big plastic bags. Thanks!