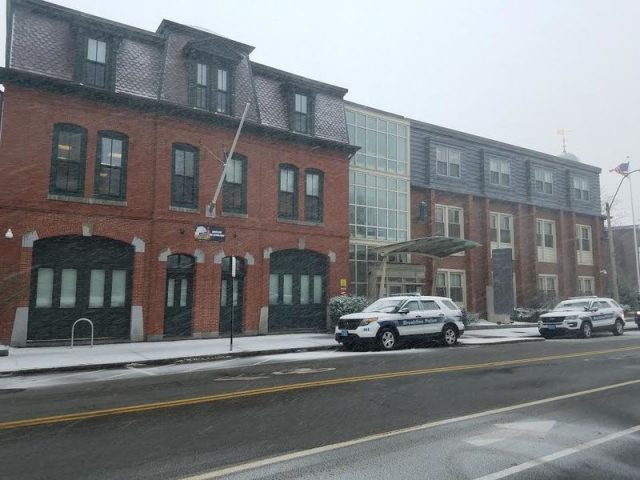 Brookline Police arrested a 15-year-old for attempting to rob a Brookline bank and for making a bomb threat this week. Police said the suspect did not actually have a weapon or bomb. However, robbery at a bank using threats can carry a prison sentence of up to life in prison.

The young man allegedly came up to the teller at Bank on Harvard Street and chatted briefly with one of the teller before sliding over a note that read, “i demand 5,000 dollars No dye pack…will Kills us all i have a bomb No games!!!!!”

One of the other employees at the bank later told police she heard the teller ask the young man whether he had an account at the bank.

About that time, he allegedly started looking into his pockets, and indicated he was looking for a card, at one point trying to take the note back, according to witness reports to the police.

Brookline dispatchers broadcast that a robbery attempt was in progress at Santander Bank and the suspect was still there. Dispatch had received a call from an employee at the corporate security office who was viewing the incident remotely after a panic button was pressed.

Originally the suspect was identified as a black man in his ‘20, wearing a blue hoodie and a red-brimmed hat.

The two first responding officers went in through the front door of the bank and immediately noticed someone who fit the description of the suspect standing near a teller window, according to the police report. Noting there was nobody else in the bank with a similar description the two officers drew their guns at the man who had his hands in his pockets, and told him to raise his hands and get on the ground.

As the suspect turned around he immediately started stating that, “somebody made me do this,” and uttered this over and over in an upset manner, according to police.