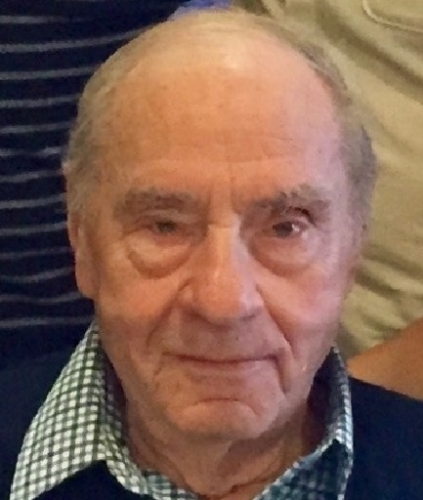 For 54 years, he was the loving husband of the late Margaret (Kober) Miller, Esq. He is survived by his cherished children: Rina Miller & her husband Joseph Hershon of Longmeadow, Yael Miller & her husband Stuart Cole of Newton, and Dr. Philip Miller & his wife Lisa of New York City, NY. He also leaves his adoring grandchildren who will forever remember him as Grandpa Robbie: David, Ariel, Alana, Benjamin, Geoffrey, Allison and Ethan. He was adored by his dear siblings, Bernice Lashem and the late Sylvia Baratz, Lester Miller and Elion Miller. He is also survived by many nieces and nephews.
Services at Temple Beth Avodah, 45 Puddingstone Lane, Newton, MA on Sunday, March 18th at 11:00 a.m. Interment at Sharon Memorial Park, Sharon.

Rabbi Miller was born in Brooklyn, New York. He attended the Chaim Berlin Day School and graduated with degree in History and Philosophy from Brooklyn College in 1953. He was then ordained at Hebrew Union College – Jewish Institute of Religion which later awarded him an honorary Doctorate of Divinity after 25 years of service. As a young chaplain, he served in the Armed Forces for several years before becoming the spiritual leader of congregations in Cincinnati, OH, West Nyack, NY, Hazleton, PA, and Brooklyn, NY. He found his home at Temple Beth Avodah in Newton, MA where he was the Rabbi for over 25 years. Among his many accomplishments, he prided himself on founding yearly congregational trips to Israel, leading Confirmation Class trips to historic Jewish New York City sites, and organizing the first HIV/AIDS seder. Along with his devotion to his congregants and Temple, he served as President of the Massachusetts Board of Rabbis and the Chaplain to the Massachusetts Correctional Facility. Tzedakah (charitable giving and work) was a guiding principle in his life, a lesson he instilled in his children and grandchildren. He was a consistent and proud supporter of Israel, CJP and countless other Jewish organizations. He was instrumental in the founding of the JCC of Greater Boston and the Rashi School, two pillars of the Greater Boston Jewish community to this day. Over the course of his tenure as Rabbi, he received numerous awards and commendations from local and national Jewish organizations for service to their communities.

Even in retirement, he continued to bring joy, peace and healing to his NewBridge on the Charles community by regularly visiting the ill and organizing dinner tables for engaging conversation on the latest political, social, spiritual and religious issues.

He taught all who knew him the principles of persistence, patience, perseverance, adaptation and adjustment. He will be remembered for his passion for knowledge, debate, arts, family and life, lived with love.