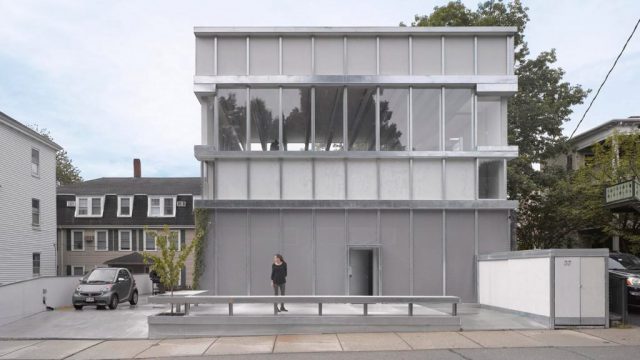 To build their own home in the Massachusetts town of Brookline, the principals of Spanish firm Ensamble Studio prefabricated individual parts of the structure in Madrid and sailed them across the Atlantic to be assembled on site.

Although usually based in the Spanish capital, Ensamble founders Débora Mesa and Antón García-Abril conduct research at Massachusetts Institute of Technology in Cambridge, USA. They therefore needed a secondary residence close to the university, so decided to create one for themselves. The result is Cyclopean House, which was completed in 2015. 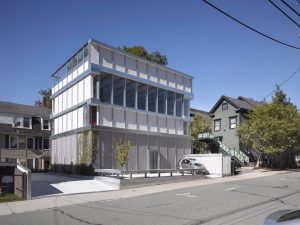 A decommissioned parking garage serves as the base of the home, in which the architects have installed a workshop, parking, and utility spaces. Their intervention is an extension upwards, which accommodates the family’s living spaces within a 240-square-metre box.

“The gloomy construction is completed with the big room built on it by the assembly of the large prefabricated elements that rest after their long transatlantic voyage,” said a statement from Ensamble, which Mesa and García-Abril founded in 2000.

Prefabricated metal trusses form the living space above the garage, which has a flexible, open-concept layout. “This open-plan double-height living area includes the main domestic activities and enables the transformation of the residual building into a two-story residential unit,” the architects said. 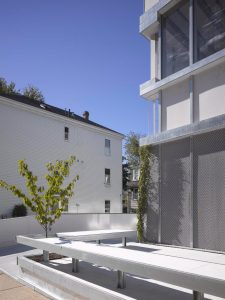 Furniture and other amenities were tucked into spaces that match the depth of the structural beams. On the western facade, the architects tucked away a kitchen nook, bathroom and storage spaces.

To the south, a pull-out bed and wardrobes were also hidden away within the thick walls. The north and eastern sides of the square plan are occupied by bright red couches, which can accommodate guests if necessary.

A flight of metallic stairs with a glass guardrail leads up to a mezzanine overlooking the entire space. Expansive windows on this level bring light into the house, while maintaining some privacy for the open-plan configuration.

“The rest of the plan is cleared to be shared by different events succeeding in time, and functions have the option to expand into the central space as needed, determining its temporary layout,” said Ensamble. 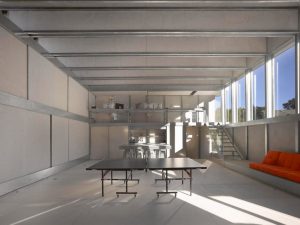 A rooftop deck allows the residents to enjoy an elevated view of the surrounding neighbourhood. A wall on the side of the terrace facing the street partially cuts off the space. However, the other three sides of the square are protected by a simple chain-link fence, which can be seen through easily.

The architects envision this construction system as a rapid and effective way of building. The beams that form the walls of the house are mostly comprised of insulation, making them very light. Furthermore, their size makes it possible to deliver them to a job site ready-made, potentially saving on resources for construction.

“Dry joints and material lightness enable the different elements to be produced out of site, including finishes and fixtures,” the studio said. “These are easily transported by ship and regular trucks and quickly placed together following a rhythmic sequence that is carefully planned beforehand.” 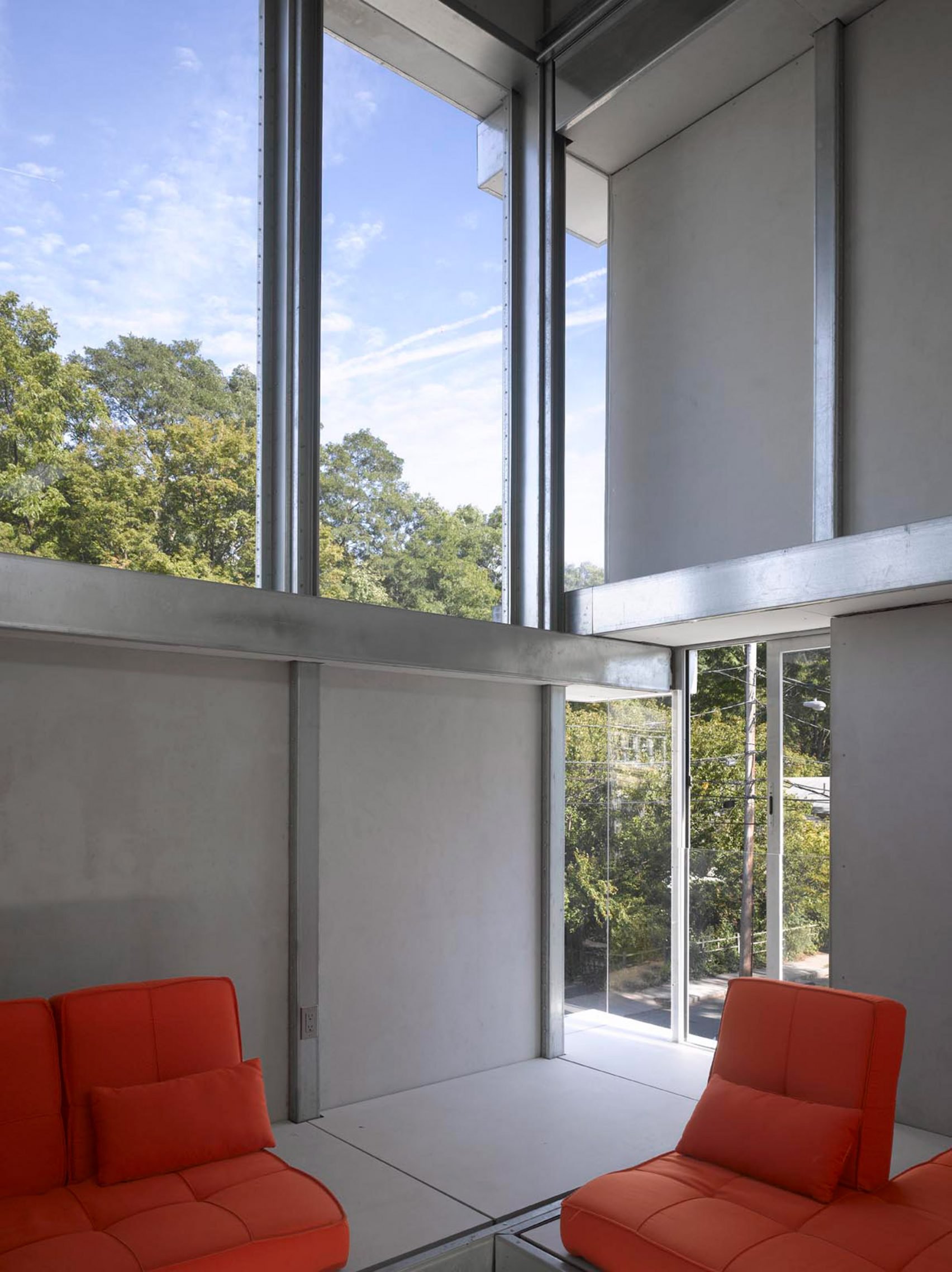 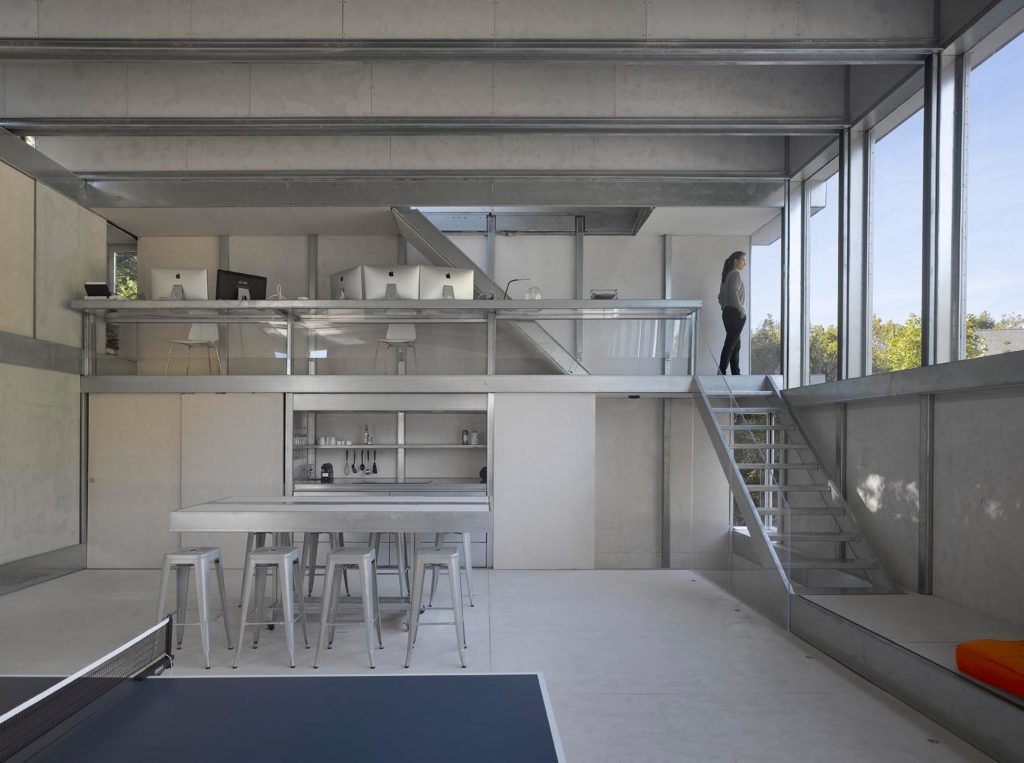 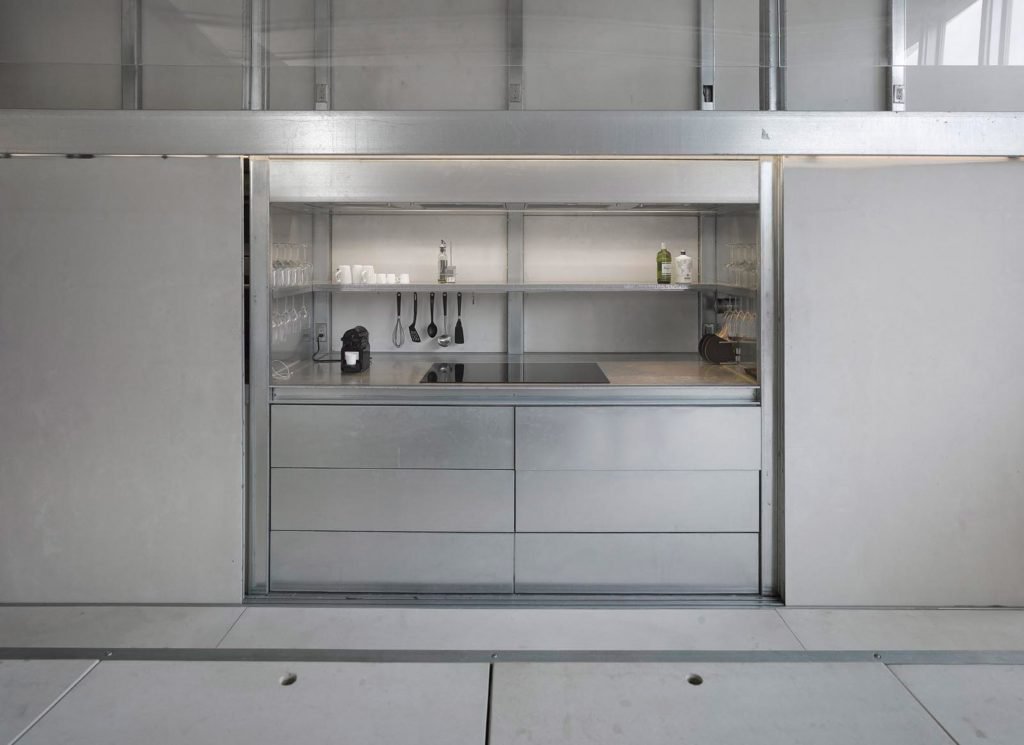 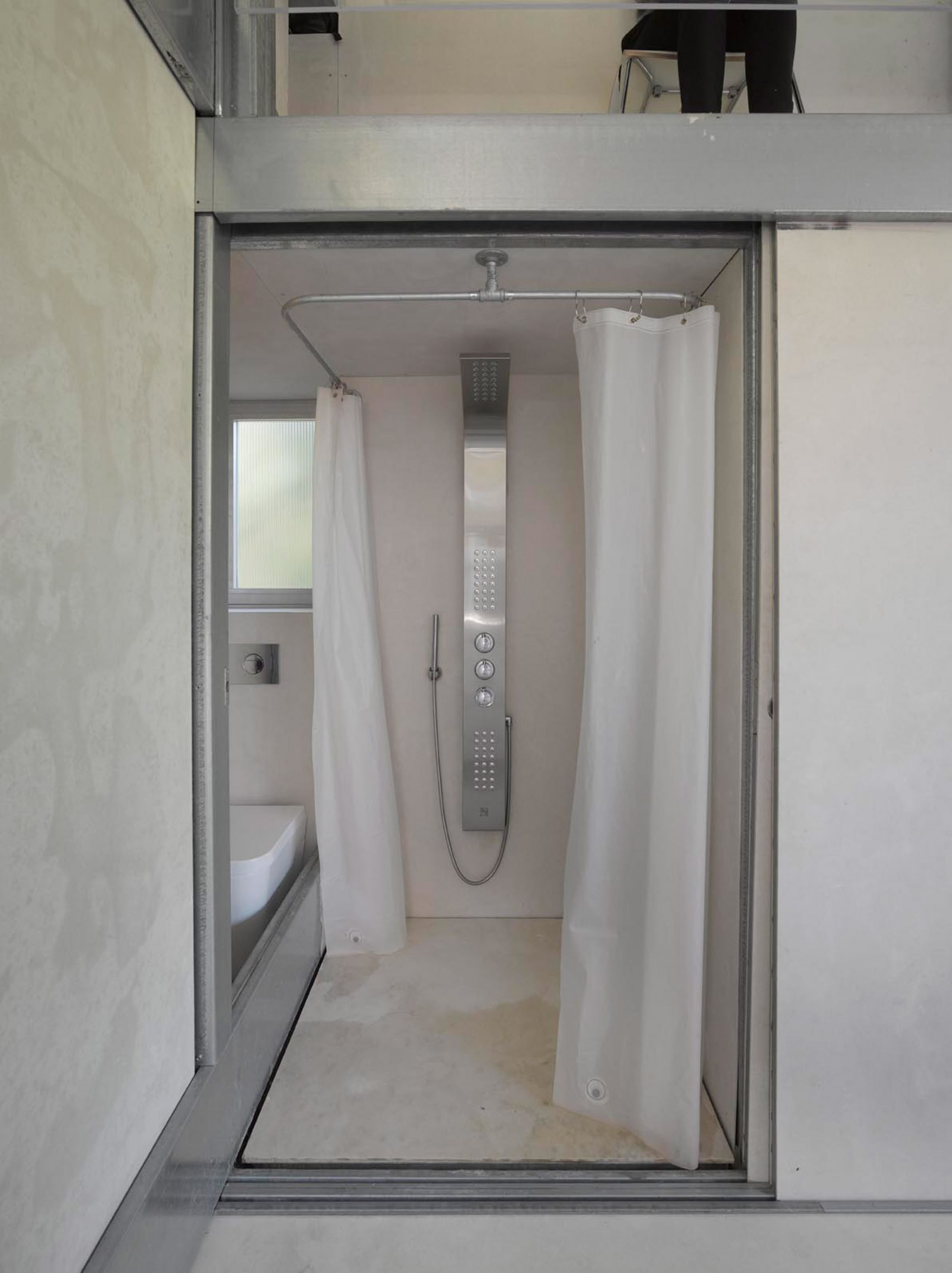 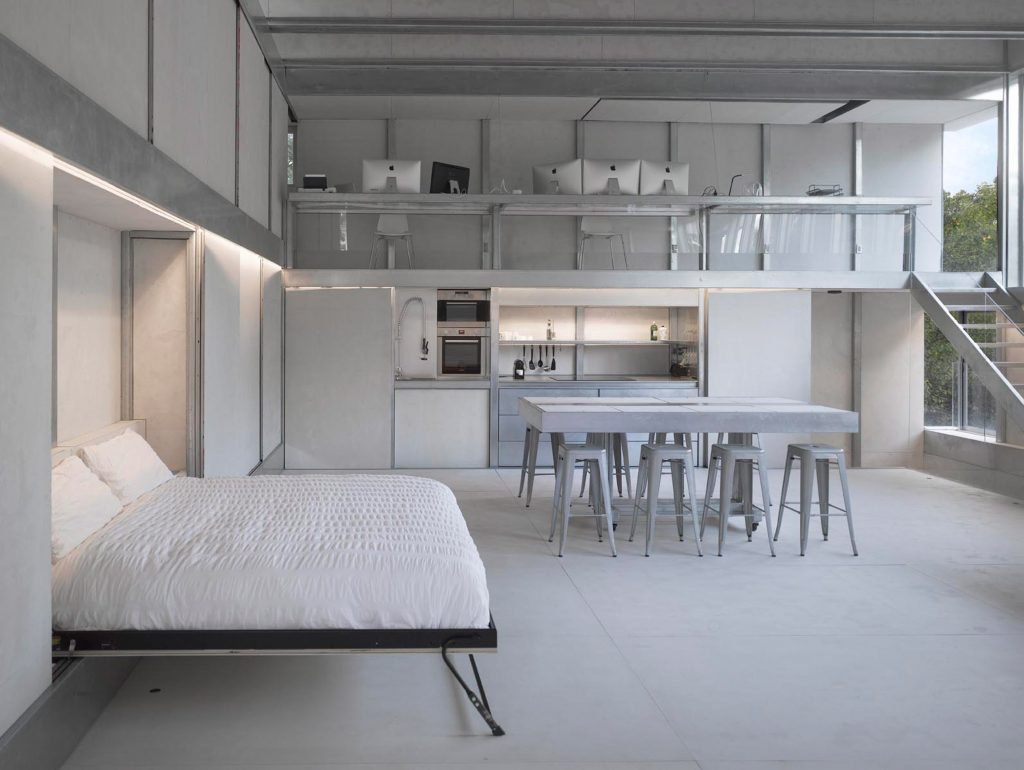 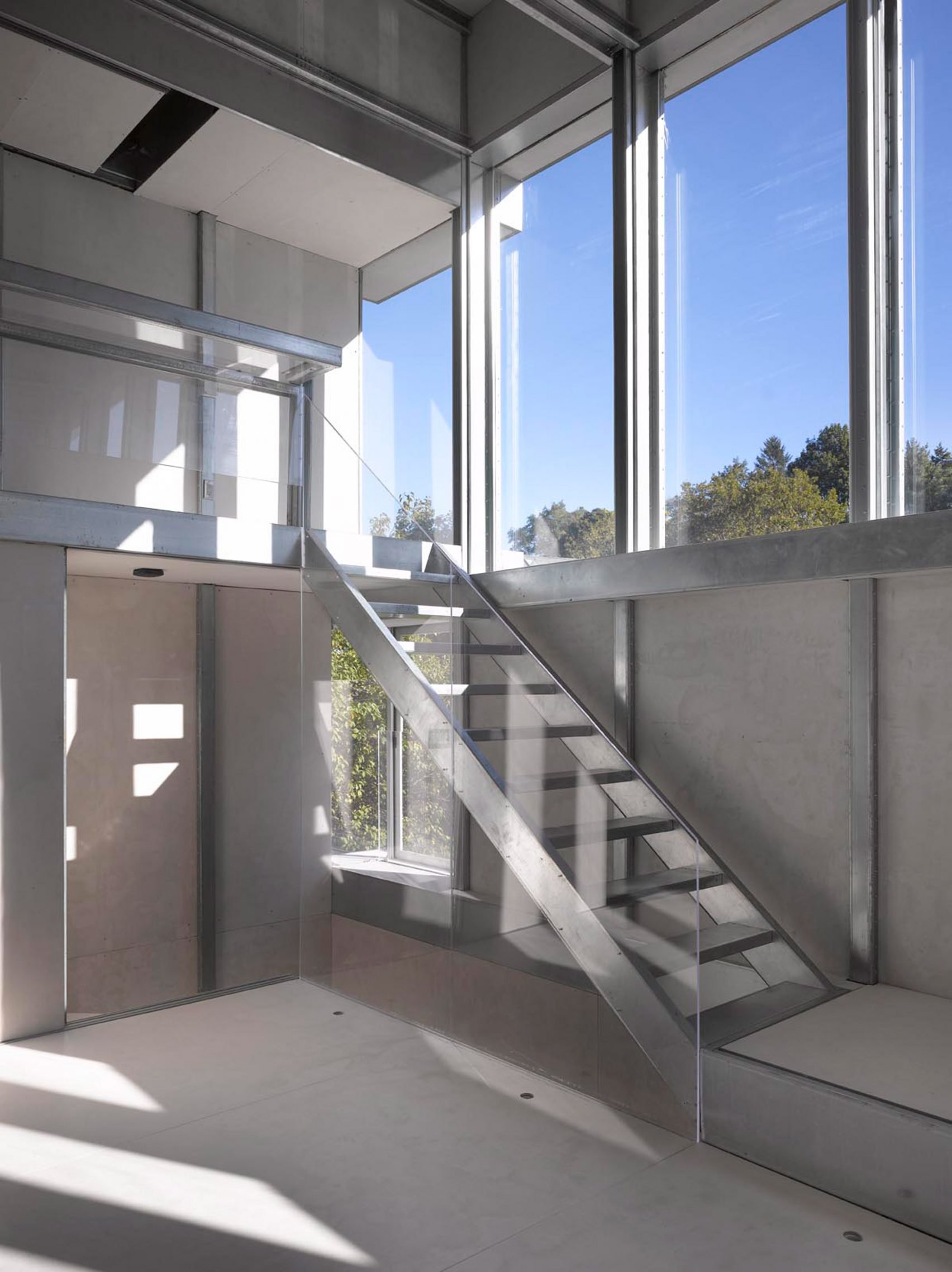 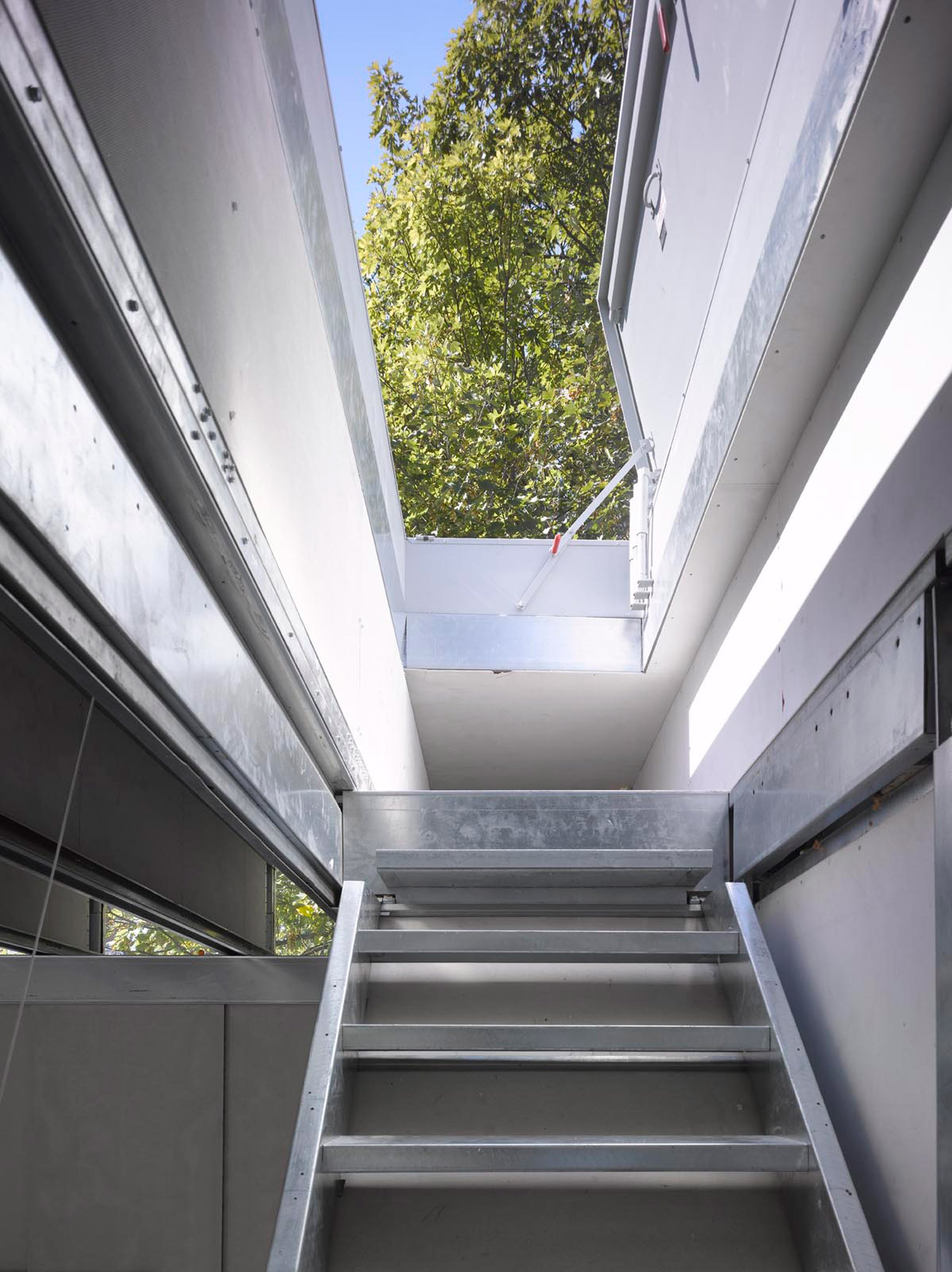 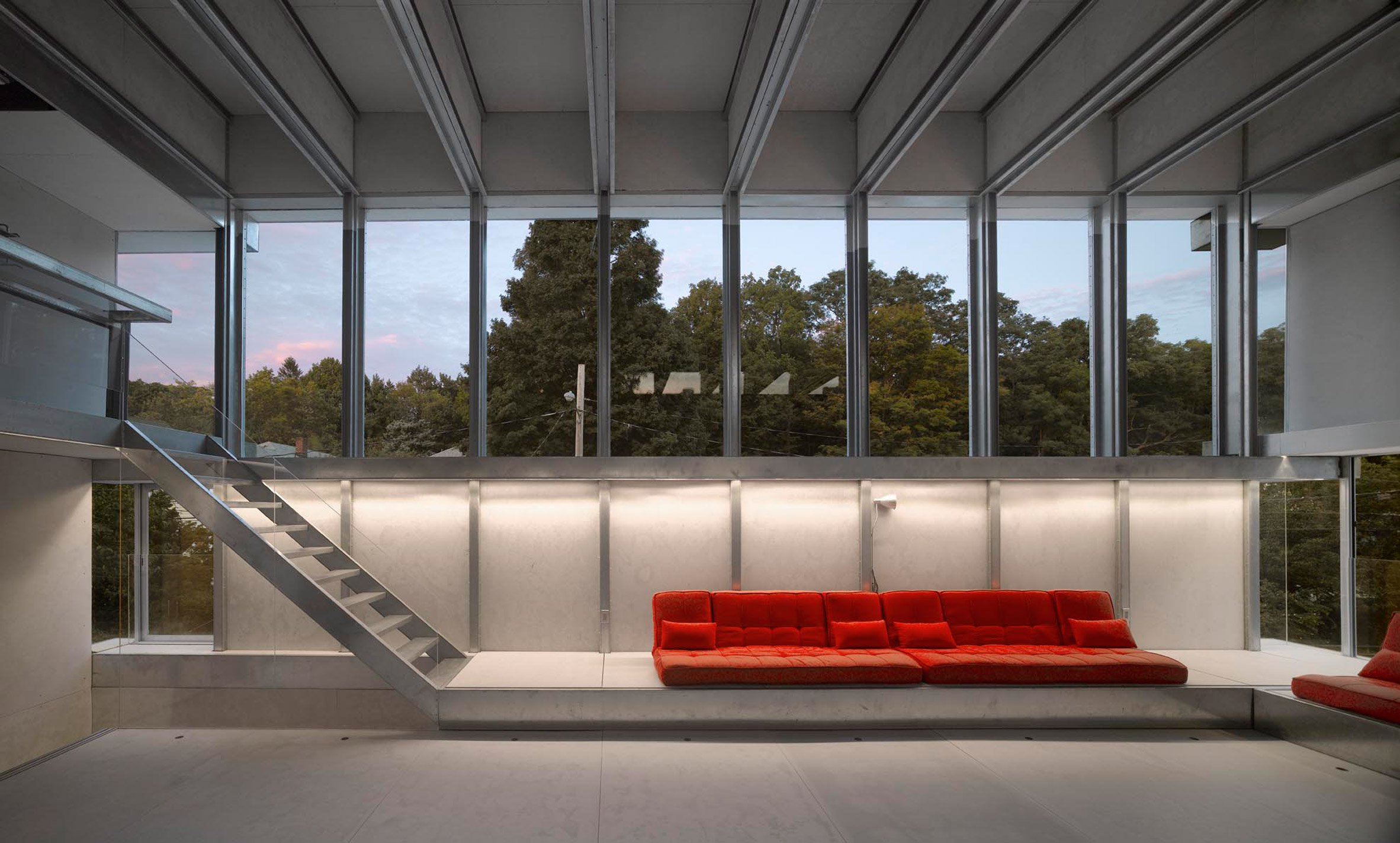 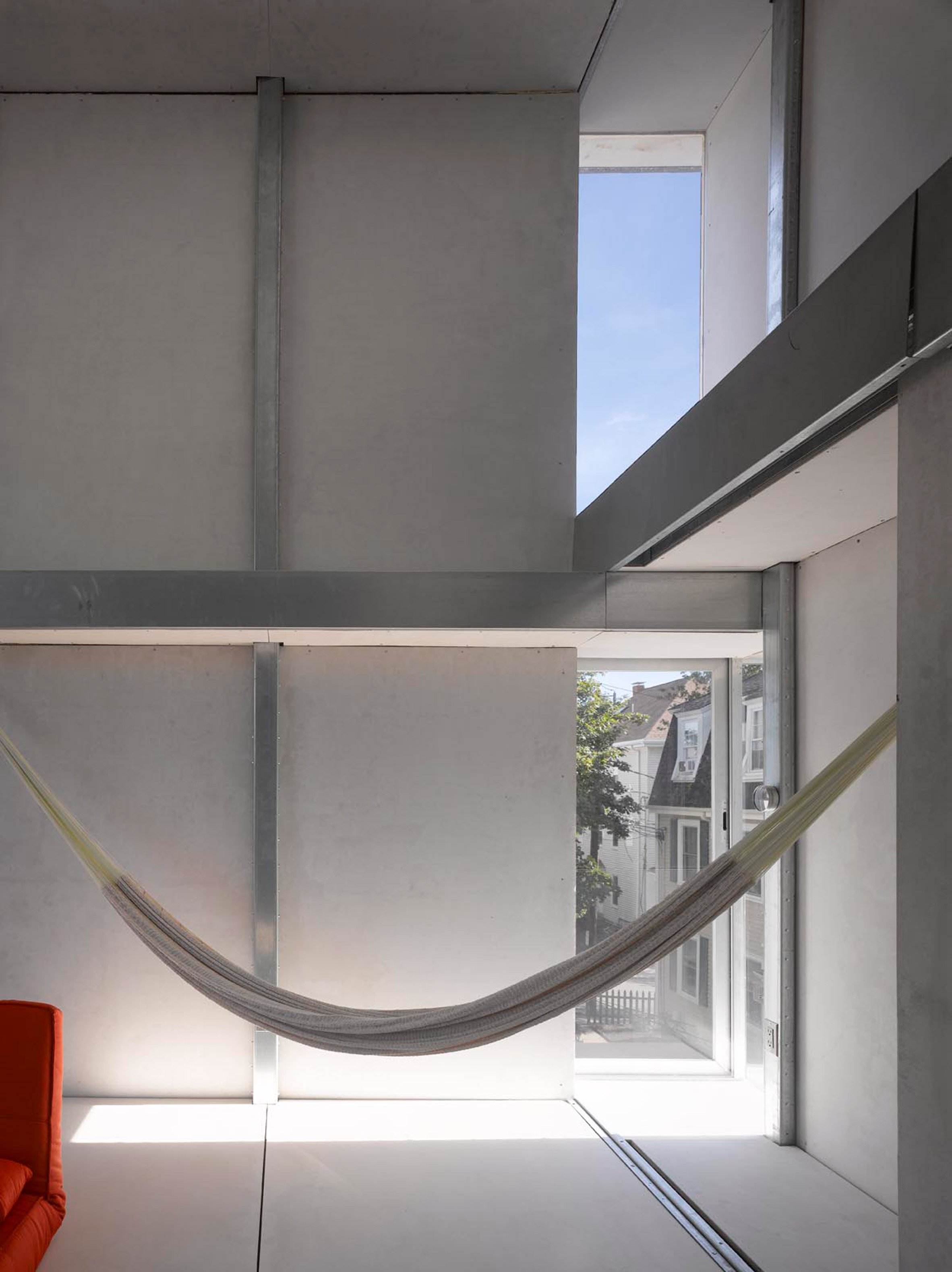 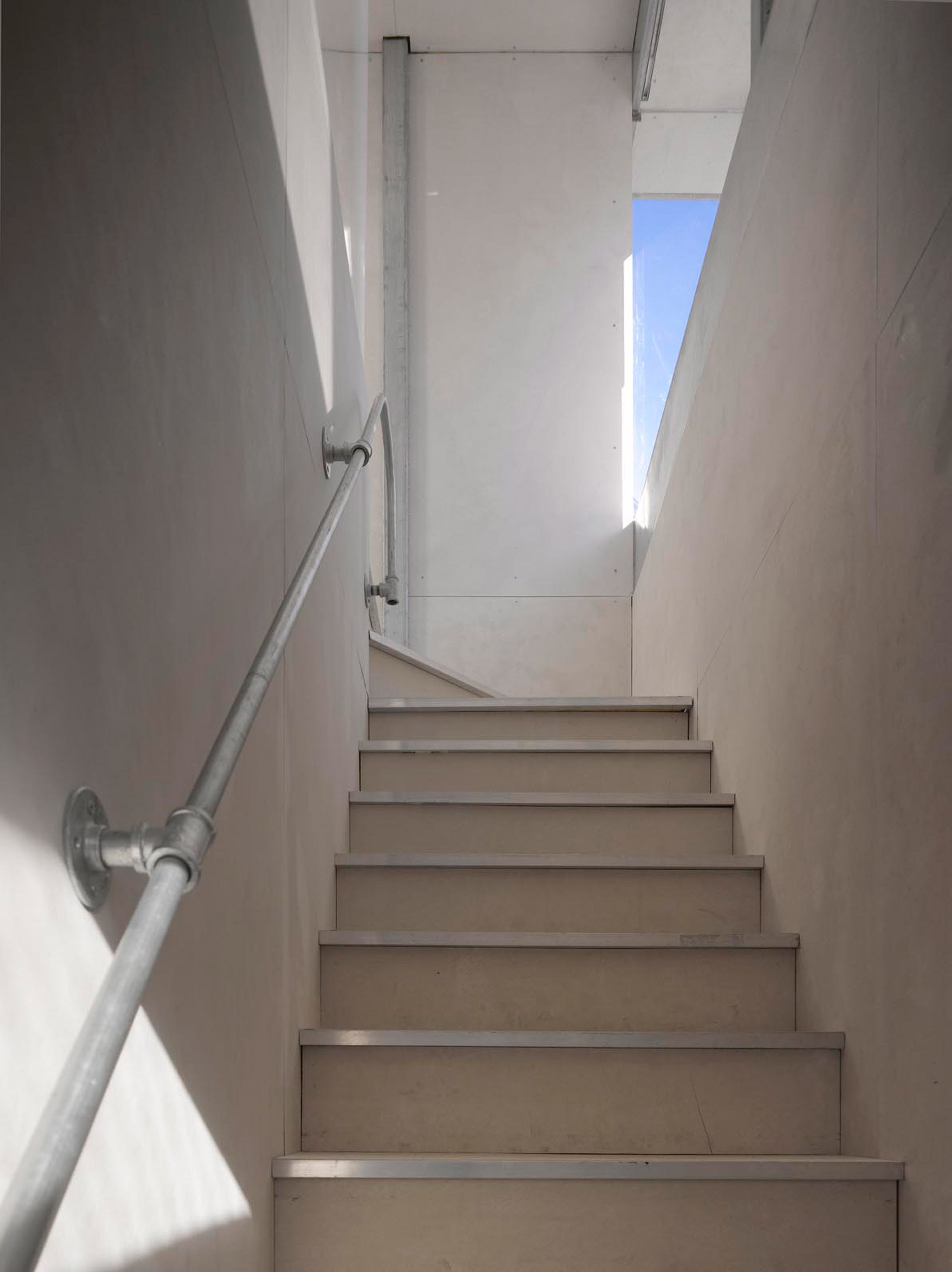 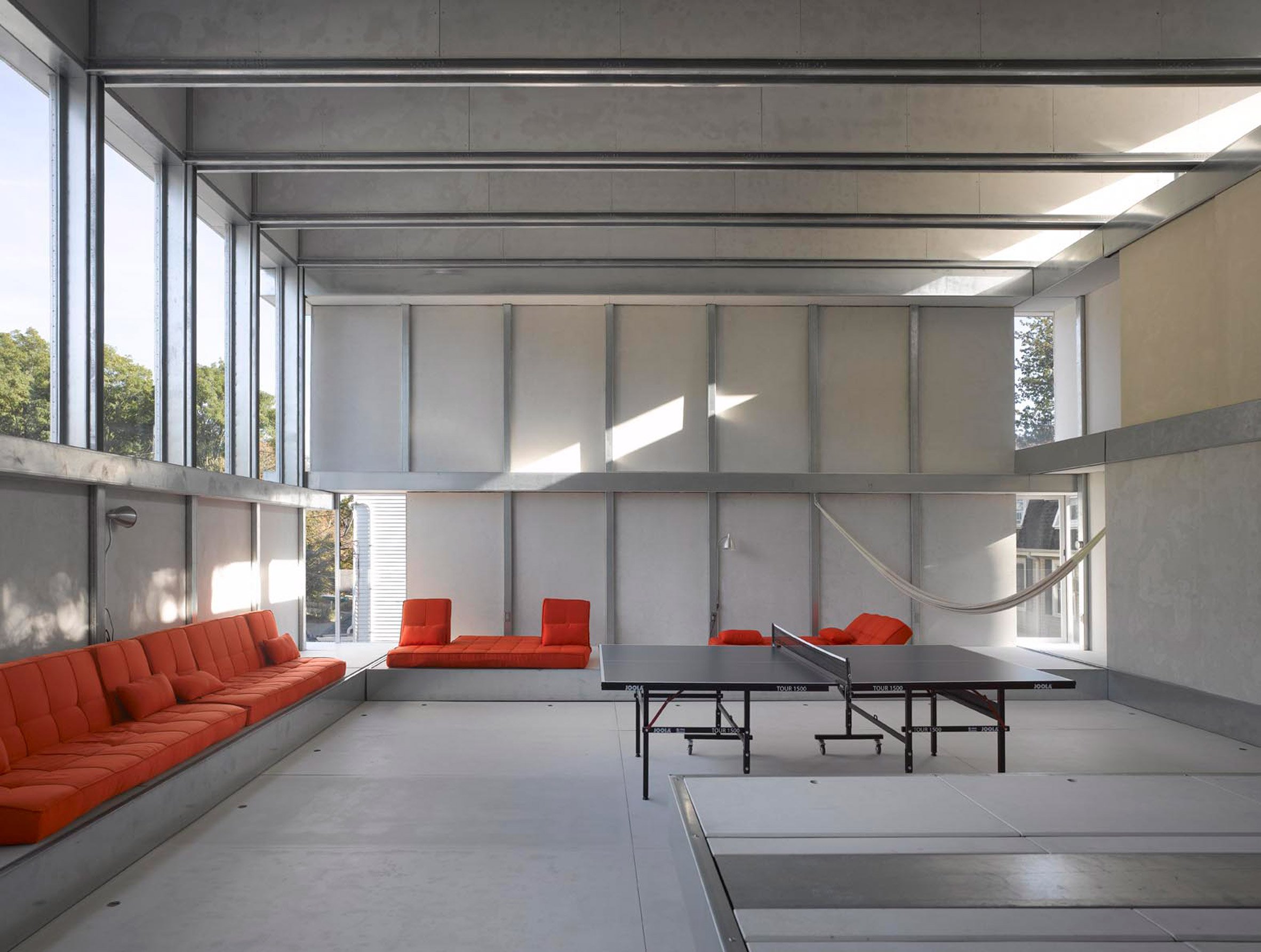 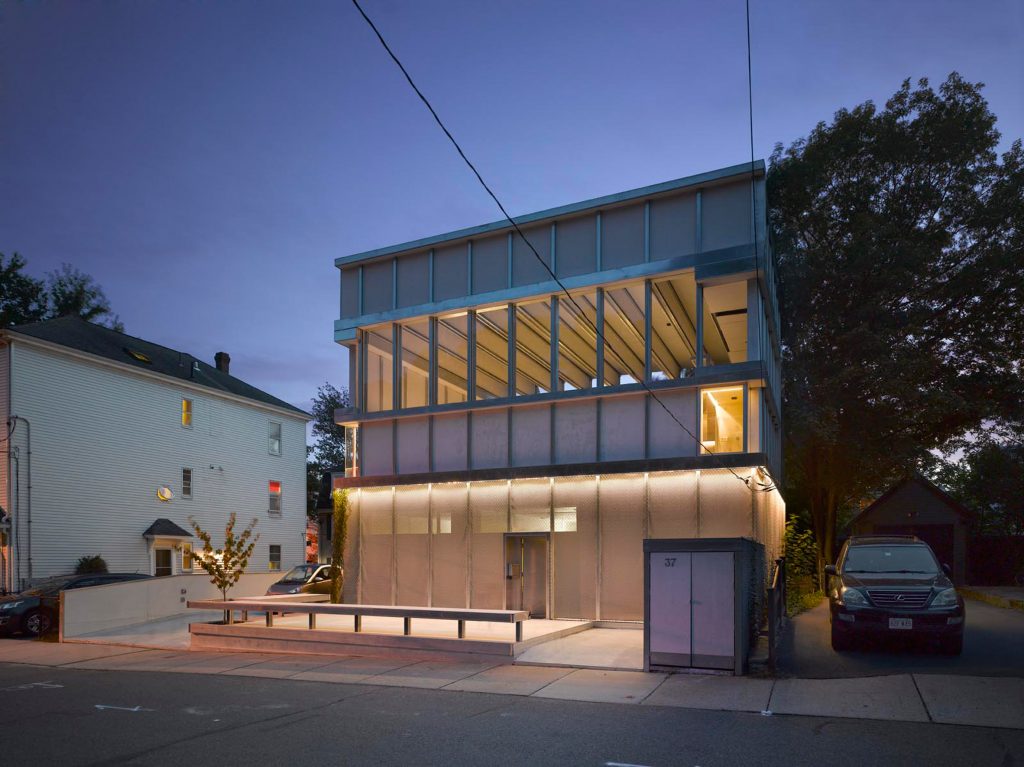 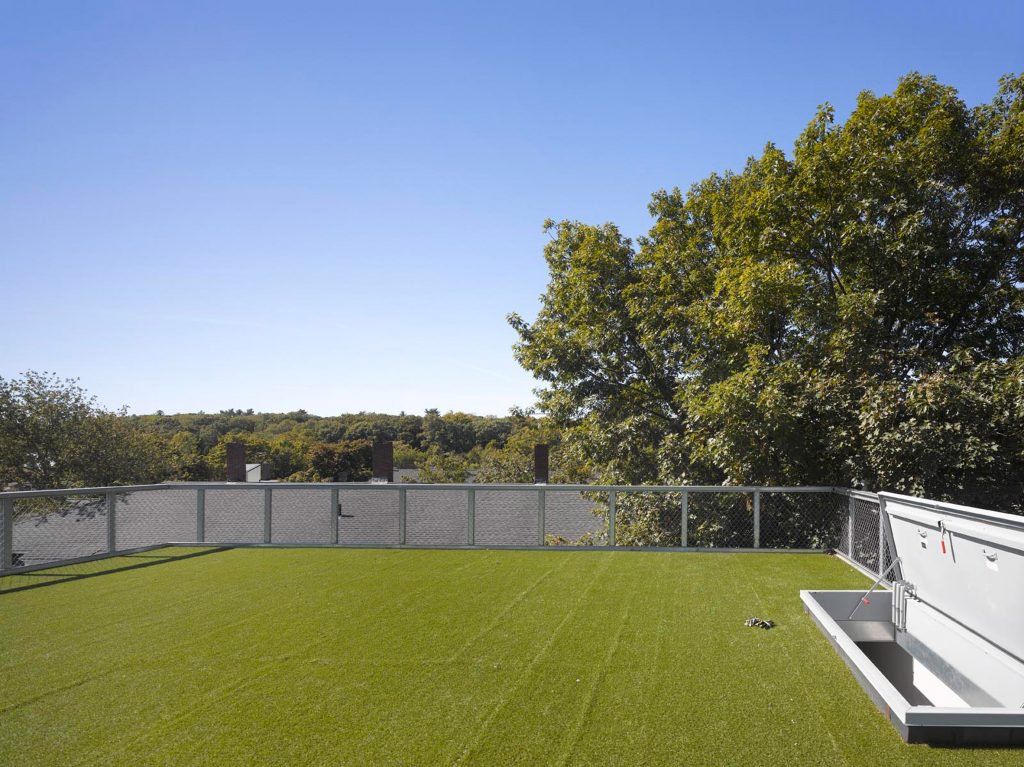