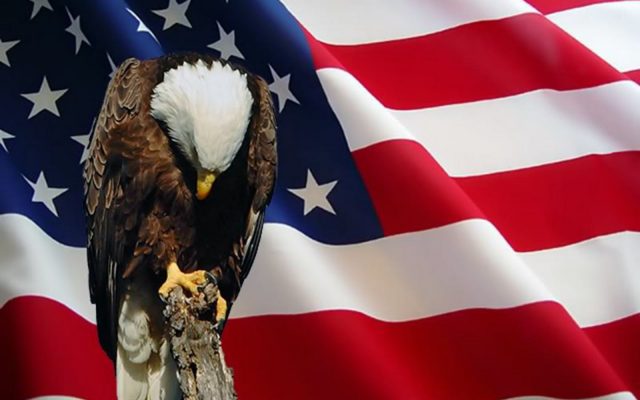 Memorial Day is the time set aside to honor those who lost their lives in service to their country.

The day is commemorated around the country with ceremonies at memorials and cemeteries to remember the sacrifices made by those who died while in the military.

Here are some of the best patriotic quotes, remembrances and inspiration in honor of Memorial Day:

“A man’s country is not a certain area of land, of mountains, rivers, and woods, but it is a principle and patriotism is loyal to that principle.” – George William Curtis

“The patriot’s blood is the seed of Freedom’s Tree.” – Thomas Campbell

“Memorial Day isn’t just about honoring veterans, its honoring those who lost their lives. Veterans had the fortune of coming home. For us, that’s a reminder of when we come home we still have a responsibility to serve. It’s a continuation of service that honors our country and those who fell defending it.” – Pete Hegseth

“These fallen heroes represent the character of a nation who has a long history of patriotism and honor – and a nation who has fought many battles to keep our country free from threats of terror.” – Michael N. Castle

“The willingness of America’s veterans to sacrifice for our country has earned them our lasting gratitude.” – Jeff Miller

“I only regret that I have but one life to lose for my country.” – Nathan Hale

“There is nothing nobler than risking your life for your country.” – Nick Lampson

“It doesn’t take a hero to order men into battle. It takes a hero to be one of those men who goes into battle.” – Gen. Norman Schwarzkopf

“A hero is someone who has given his or her life to something bigger than oneself.” – Joseph Campbell

“Memorial Day this year is especially important as we are reminded almost daily of the great sacrifices that the men and women of the Armed Services make to defend our way of life.” – Robin Hayes

“There is nothing wrong with America that the faith, love of freedom, intelligence, and energy of her citizens can not cure.” – Dwight David Eisenhower

“Our flag does not fly because the wind moves it. It flies with the last breath of each soldier who died protecting it.” – Unknown

“The United States and the freedom for which it stands, the freedom for which they died, must endure and prosper. Their lives remind us that freedom is not bought cheaply. It has a cost; it imposes a burden. And just as they whom we commemorate were willing to sacrifice, so too must we – in a less final, less heroic way – be willing to give of ourselves.” – Ronald Reagan