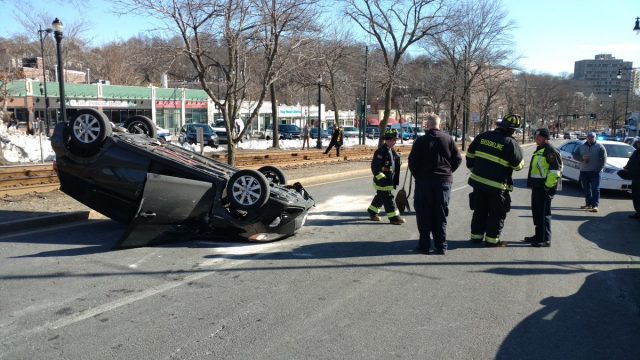 Officials say the crash before 10:00 a.m. and involved two cars. One of the vehicles was found flipped on its roof. The flip happened when someone reportedly tried to make a U-Turn at Winthrop and caught a car in traffic, causing it to swerve and hit a curb causing it to roll over.

One person was taken to the hospital with minor injuries.

The road has since been reopened and the cause of the crash is not clear.

The second rollover happened on Clyde Street around 1:30 p.m. and only involved that car, police said. No word yet on what caused it. 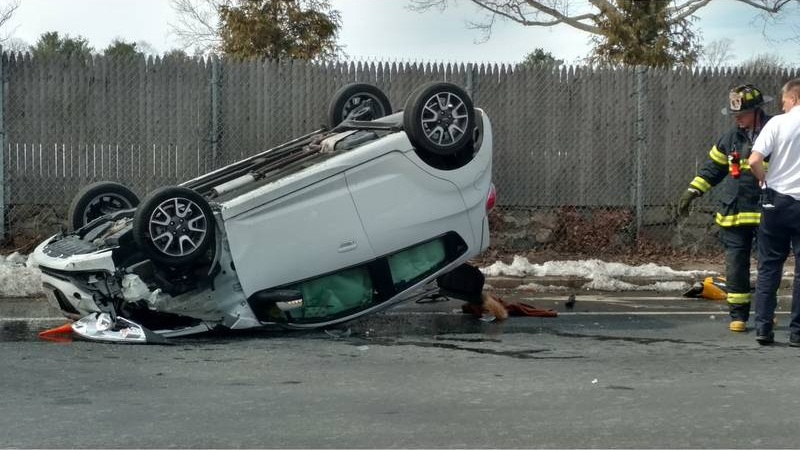