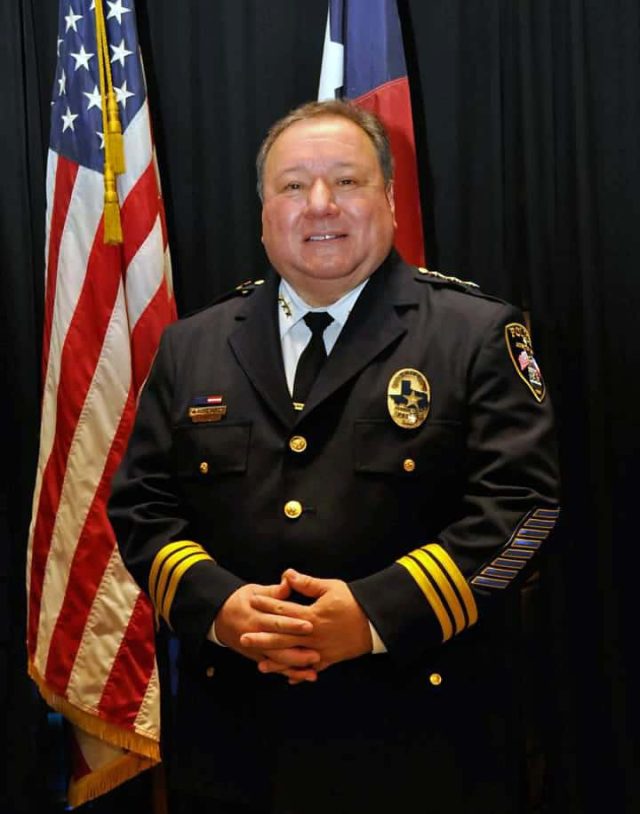 Town Administrator Mel Kleckner is pleased to share that he has selected Chief Ashley Alexander Gonzalez, who has over 33 years of experience in law enforcement, as his recommendation to be the Town of Brookline’s new police chief.

The Select Board will vote on Chief Gonzalez’s appointment at its next scheduled meeting on Tuesday, April 05, 2022.

Since 2018, Chief Gonzalez has led the Austin Independent School District Police Department, which serves approximately 85,000 students and staff in a school district with 130 campuses. Austin ISD Police employs 89 sworn officers, 39 staff, and has a budget of $12 million.

Chief Gonzalez is fluent in both English and Spanish. He has a Bachelor of Science degree in Criminal Justice from Columbia Southern University, and is working toward a Master of Science in Criminal Justice Administration at the University of Louisville. He has participated in numerous professional development and leadership opportunities, including the FBI’s New England Law Enforcement Executive Development Seminar, Harvard University’s Executive Leadership Training for Crisis Management, as well as the Chief Executive Leadership Course and the Administrative Officers Course at the Southern Police Institute.

Prior to leading the Austin ISD Police, Chief Gonzalez spent his career with the Norwalk, Connecticut Police Department, where he started in 1988. Chief Gonzalez served in Norwalk as a patrol office, detective, patrol sergeant, detective sergeant, lieutenant and as commander of a crisis negotiators team before rising to the rank of Deputy Chief.

Input from the community was used to create a profile for a job posting seeking a progressive chief with a record of leadership on national policing issues, and a willingness to reform and reimagine police services in accordance with goals established by the Select Board and community.

Town Administrator Kleckner worked with a screening panel of Brookline residents and PERF to review candidates prior to making the selection.

“I’m excited to introduce Chief Gonzalez to the community and Select Board. He has a long track record of progressive, compassionate and effective police leadership in partnership with communities, and I am confident he will earn the respect of the Brookline community,” said Town Administrator Kleckner. “I would like to thank all of the community members and stakeholders who contributed to the search process and all of the qualified candidates. This was a difficult decision given the high quality of the candidates under consideration, both internal and external. However, after an intensive process, I have determined that Ashley Gonzalez is the most qualified candidate, and has the right mix of experience, leadership and personal characteristics to lead the Brookline Police Department at this time.”