Do you have what it takes to be the chief of police for the town of Brookline? The town is actively searching for a new police chief. The search comes after Chief Daniel O’Leary retired last week, following 23 years as chief and more than 40 years of service in the department.

In a memo to the Select Board, Town Administrator Mel Kleckner said he plans to consider candidates both inside and outside of the department.

To help with the search, Kleckner told the select board he was in the process of finding a consultant familiar with “the challenges of a modern police department operating in a progressive and active community and who is familiar with the current issues and trends in policing.”

The process is expected to take up to six months, he said in the memo.

Neil Wishinsky, head of the Select Board said the town would put together a search committee and then the engage a search firm to help in a nationwide search for a new Police Chief.

“Which is similar to what we did 23 years ago. In the end last time we chose an internal candidate even after doing an external search. That could happen again. But I think we need to cast the net wide and try to come up with as diverse a pool of candidates as possible and select the best person for the job,” he told Patch in a phone interview.

First up, refining a job advertisement. As such, nothing has been posted to the town website about the vacancy, even though the chief announced his retirement in December.

O’Leary’s retirement party earlier this month was well attended, according to those who went.

“It was a really touching event. Boy his successor is going to have really big shoes to fill. Chief O’Leary has really left the deptartment in good shape. That makes it easier to find somebody hopefully and then the new person will have a good foundation. It’s a really strong department,” said Wishinksy.

In the meantime, Kleckner recommended (and the Select Board approved) that second in command at the police station, Superintendent Mark Morgan, will now be Acting Chief of Police for Brookline. Morgan has both a bachelor’s and master’s degree in criminal justice and is an FBI National Academy graduate.

According to PoliceOne.com, an online resource magazine for law enforcement officers, municipalities look for police chiefs to have a high level of education, and experience.

Most successful candidates are higher ranked. “It’s rare that a candidate for a Chief’s position is selected that doesn’t have a Masters Degree. It would be preferable if your Masters was in Public Administration or a related field, but the threshold is that you have a degree higher than a Bachelor of Science or Arts. Your resume should demonstrate a wide range of progressive police experience with emphasis on command level assignments (division commander, etc) along with increasingly high level work experience in the planning, budgeting, community oriented policing, and staffing areas. Top candidates will have attended the F.B.I. Leadership Academy and remained active in that organization,” according to PoliceOne.org.

It is normal, according to PoliceOne for top applicants to have assessments that might include hashing through scenarios verbally, including how they work with media, employee conflict, and how they might communicate to their teams, via an oral board with panel members consisting of nearby Chiefs of Police.

It’s not clear what Brookline’s requirements will be.

“Superintendent Morgan is the second in command in the department and has been intimately involved in all aspects of its management and operations,” Kleckner said in the memo, noting that the department already has a number of good candidates who have expressed interest in the position.

On Jan. 16 the Select Board appointed Morgan to the interim position.

Currently on the town website there are no jobs listed to apply, although the fire department has indicated it was looking for 10 new firefighters and the police department also is hiring.

Please see the job description below: 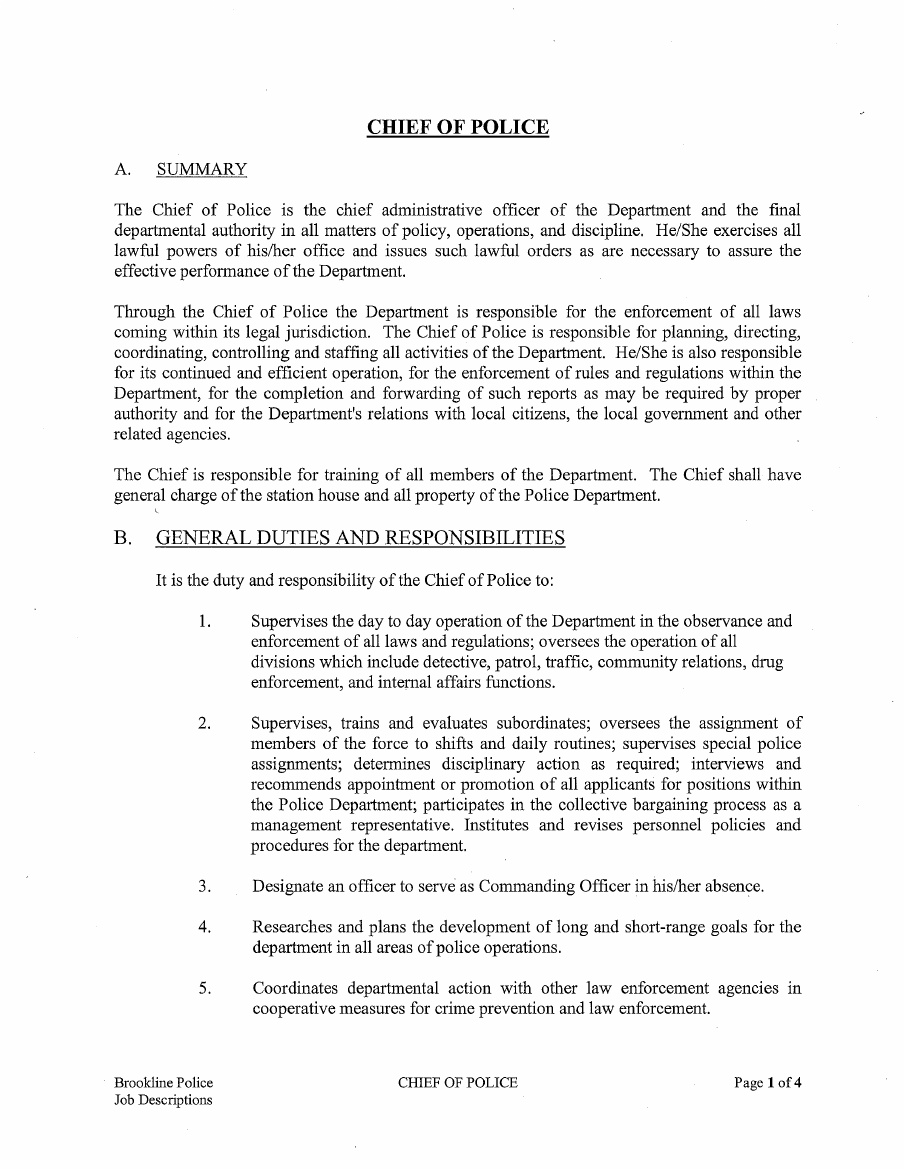 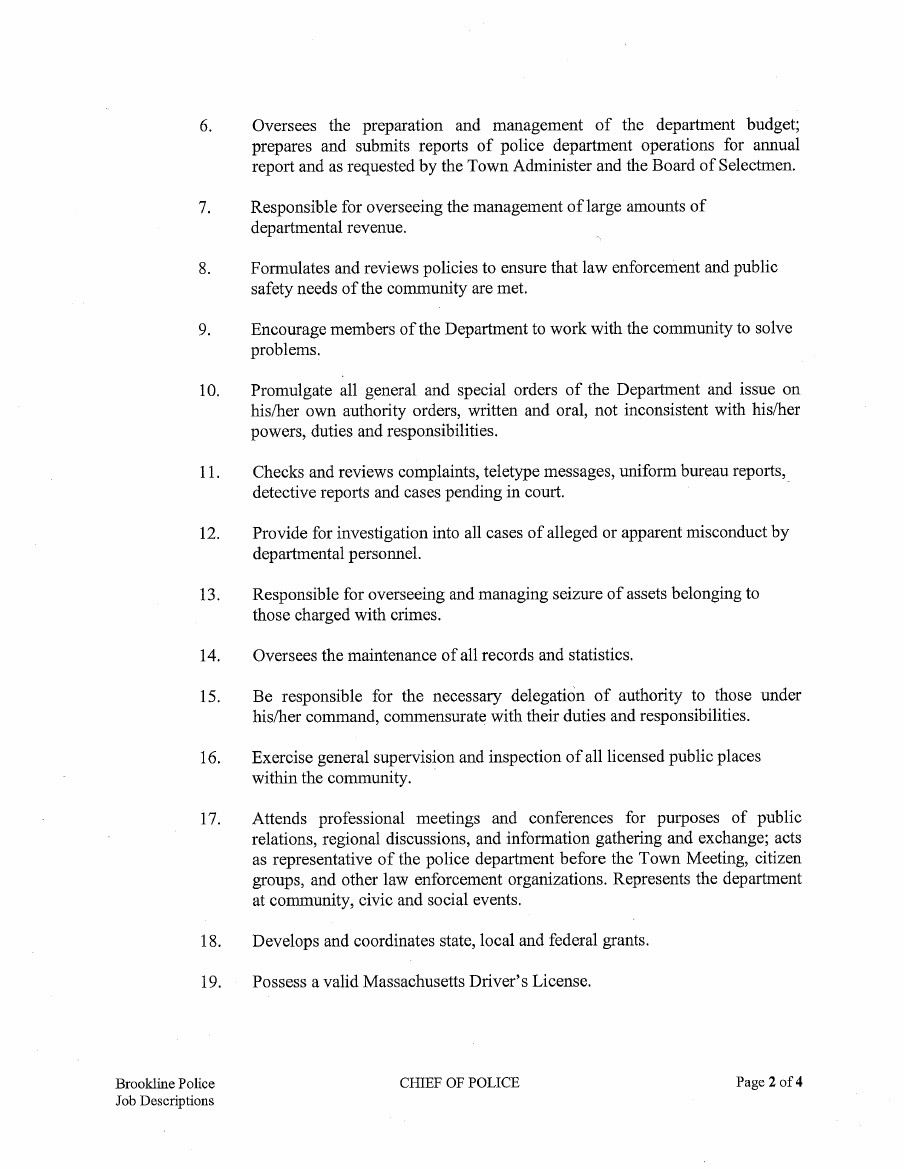 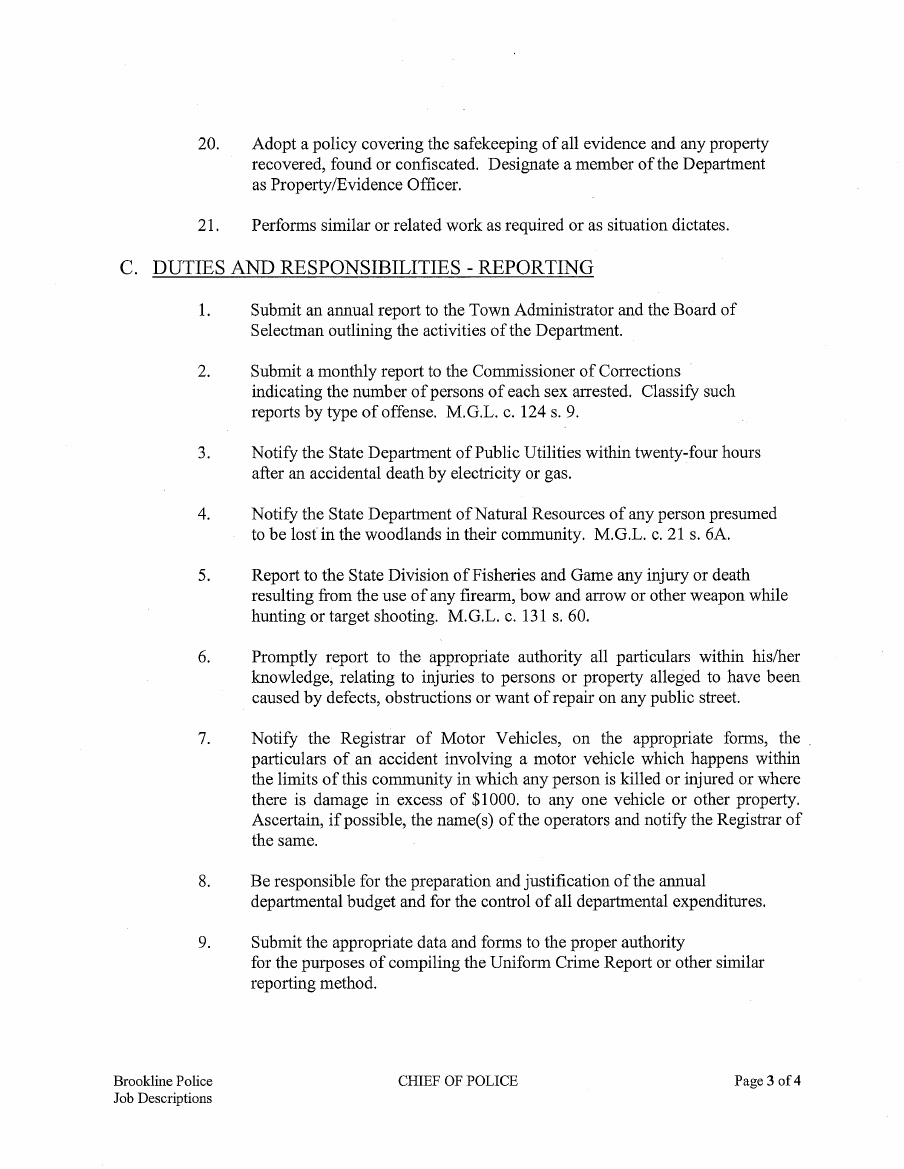 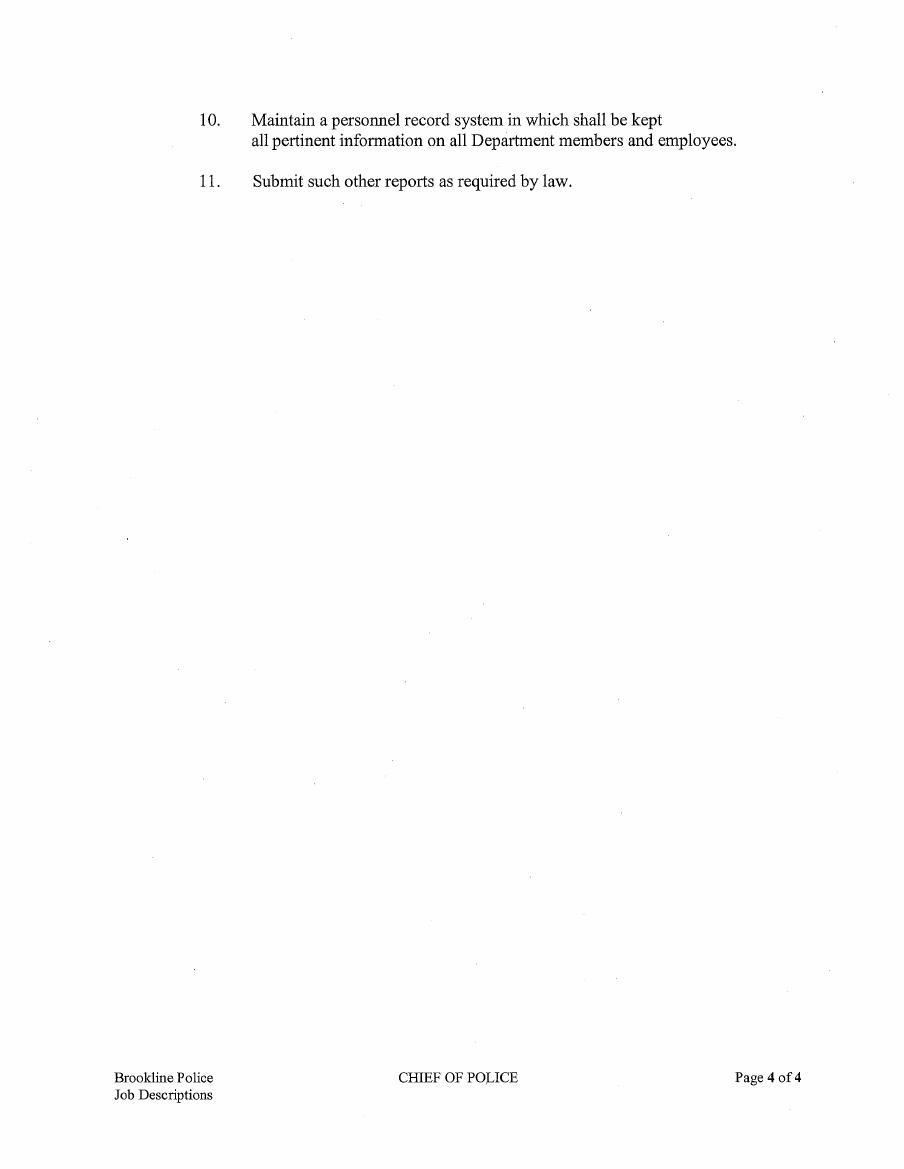