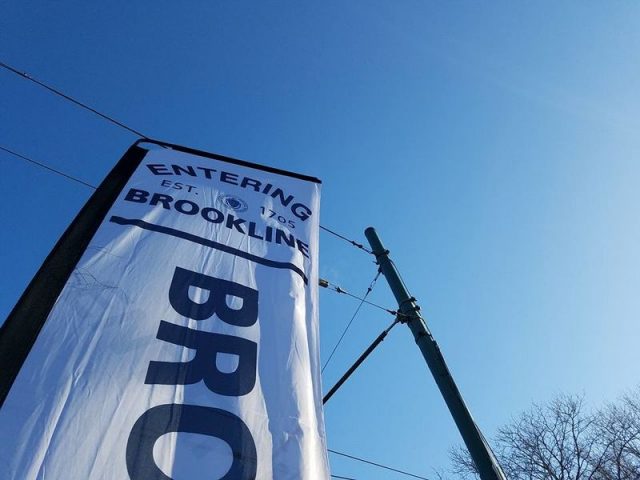 On Marathon Monday there are a number of indicators that announce it is Boston Marathon, Patriot’s Day – the blue and gold, the orange barricades and the sound of bells ringing along the route. But it does not really feel like Marathon Monday until a certain wheelchair and runner duo makes their way though the course, and you see spectators jump up and down at the local celebrity sighting “It’s Team Hoyt!”

“It’s not really the Boston Marathon if you don’t see Team Hoyt,” said one man to a friend after breaking into exclamations when he saw Bryan Lyons pushing Rick Hoyt through Brookline.

And he was not the only one. The already loud crowd along Beacon Street hanging out just down the street from Cleveland Circle went wild as Team Hoyt rolled past.

Team Hoyt got its start back in 1977 when Rick Hoyt, from Holland, told his dad Dick he would like to participate in some races. One specialized racing wheelchair and 32 Boston Marathons later as a racing duo with crowds getting to know them as they rolled along the route year after year, Dick asked Lyons to take over the handles of Rick’s chair.

Rick was diagnosed as a spastic quadriplegic with cerebral palsy, unable to walk or talk when he was born. Rick and Lyons were racing the Boston to raise $125,000 for Team Hoyt.