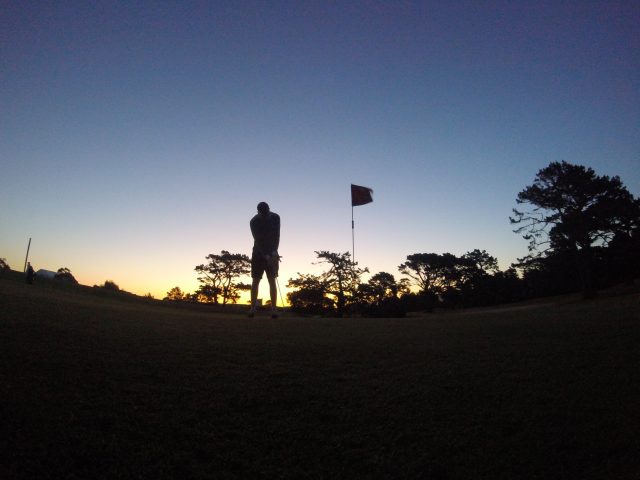 This championship is another chapter in a long and storied history at The Country Club in Brookline. As long as there has been golf in America, the Town of Brookline and The Country Club have played an integral role in the sport’s development and growth.

The sport’s American roots trace in part to Laurence Curtis, a founding member of The Country Club. Curtis wrote in Golfing Magazine, “After seeing and playing the game, and witnessing the enthusiasm of all who participated in it, I wrote to the executive committee of The Country Club, setting forth that there was a new game called golf, stating that it had been played in Scotland for three hundred years, and that it might readily be introduced at the club; and that the cost of an experimental course need not exceed fifty dollars.”

Curtis, Arthur Hunnewell and Robert Bacon designed the initial six-hole layout, among the first formal golf courses in the country.

With interest in golf rising, demand for a national governing body grew swiftly. The Country Club sent Curtis and P. S. “Samuel” Sears to a meeting with leaders of four other country clubs in New York in December 1894. The result was the creation of the first organization for amateur golf in the United States.

The USGA is a nonprofit organization whose mission is to champion and advance the game of golf for all golfers worldwide, with the goal of promoting a thriving, welcoming and sustainable game. Through the U.S. Open Championship, the USGA funds a wealth of programs to make golf more accessible through junior and entry-level programs, to reduce golf’s use of water and other resources through research and science, and to promote a fair game for all through its governance functions and its 14 national championships.

The 1913 U.S. Open was headlined by British golfers Harry Vardon and Ted Ray. Vardon and Ray were considered among the best golfers in the world and expected to easily dominate the field.

Among the Americans was 20-year-old Francis Ouimet. The Ouimet family lived at 246 Clyde St., across from The Country Club’s 17th green. As a boy, Francis would watch the Club’s members from his bedroom window and fell in love with the game.

Ouimet’s interest in golf was planted by his older brother, Wilfred, and strengthened as a 7-year-old when Francis attended an appearance at a sporting goods store in Boston by Vardon, who was on an exhibition tour of the U.S. in 1900. Soon Ouimet and his brother built a three-hole layout in a field behind their home.

USGA president Robert Watson, who had played with Ouimet in a U.S. Amateur qualifying round in 1910, invited Ouimet to participate in the Open. Ouimet declined; he had to work at his job at a sporting goods store. Arrangements were made, and Ouimet played, with 10-year-old Eddie Lowery carrying his clubs.

At the end of 72 holes, Vardon and Ray were tied with the unknown, unheralded Ouimet. They would have an 18-hole playoff. All three men were tied after nine holes.

Ouimet played on eight Walker Cup teams, captaining six, and became the first U.S. Captain of the R&A in 1951. He won a second U.S. Amateur title in 1931.

To mark the centennial of Ouimet’s win, the 2013 U.S. Amateur was awarded to The Country Club.

Ouimet created one more legacy that continues today. The Francis Ouimet Scholarship Fund, started in 1949, has awarded more than $40 million to help more than 6,000 young men and women achieve their dreams of a college education.

The U.S. Open The U.S. Open returned to Brookline in 1963, celebrating the 50th anniversary of Ouimet’s win. Played in extremely high winds, the championship ended in a three-way tie of Julius Boros, Jacky Cupit and the legendary Arnold Palmer. Boros was the only player to break par in the 18-hole playoff, securing the win.

The U.S. Open returned in 1988, the 75th anniversary of the Ouimet victory, and for the third time, the championship was settled in an 18-hole playoff. American Curtis Strange bested England’s Nick Faldo by four shots.

About half of the 156 players in the field will qualify automatically, through exemptions and World Golf Ranking. The other half will be survivors of a series of grueling local and final qualifying events, open to anyone with a handicap index of 1.4 or less.

Exempt or qualifying, amateur or professional, all will share the experience of a true test of golf, at one of the sport’s hallowed grounds.

The story of golf in Brookline is also a story of a strong partnership between the Town and The Country Club.

The Country Club supports numerous charitable and non-profit organizations such as the Brookline Youth Fund and the Community Safety Net Fund. The Country Club also has made sizable donations to support and grow the game of golf at the Robert T. Lynch Municipal Golf Course, a commitment that grows stronger each year.

A national championship with the tradition of a U.S. Open could not be staged successfully without collaboration between the Town and The Country Club, working in concert with local, state, and federal agencies. The result will be an economic boost to local shops and restaurants, from championship patrons who spend a day or the week in town. Golf fans around the world will learn once again how Brookline and The Country Club were among the founders of American golf.

A new champion will hoist the trophy as winner of the 122nd U.S. Open on Father’s Day 2022, authoring a new chapter in the stories of the Town of Brookline, The Country Club and the USGA.