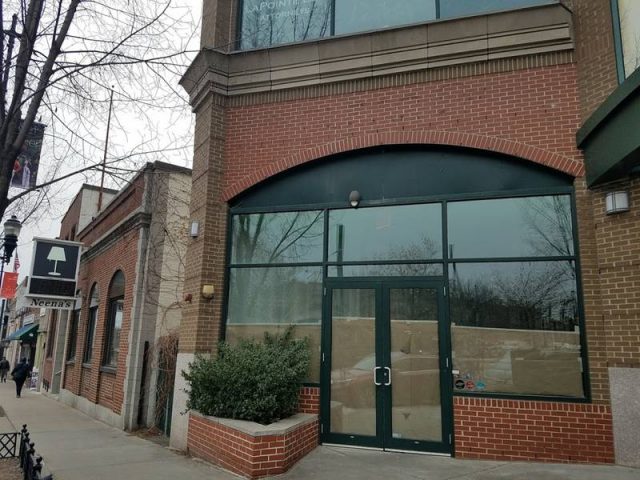 If you have got a hankering for frozen yogurt in Brookline you have one less option. 16 Handles has closed.

The self serve frozen yogurt shop with a name that had a nod to an iconic 80s movie showed up in Brookline in early 2013 during the frozen yogurt craze in Coolidge Corner area: The ice cream and frozen yogurt choices seemed endless with JP Licks, then 16 Handles, Berry Freeze, then Ice Berry and Yogurtland all offering FroYo. Now five years later, only JP Licks remains.

“It was the last of the frozen yogurt places,” said David Leshinsky who is president of the Coolidge Corner Merchants association. “It seems like some of these restaurants really come in waves.”

Earlier this month 16 Handles shuttered its doors. Although it’s still listed on the company website the link clicks through to a 404 message. There is no mention of the closure on Yelp or Google, there is paper is up in the window and earlier there was a rental sign in the window at 1309 Beacon. A phone call was met with a disconnected line. There was no announcement on the Brookline 16 Handles Facebook page.

The popular frozen yogurt joint was tucked between Trader Joe’s and Neena’s lighting.

In 2015 the chain started opening stores in the Middle East with plans to open 150 stores there in total over a decade. The franchise company had 40 locations on the east coast with an eye to expand as of two years ago.

The Brookline shop was a franchise owned by Kush Patel, whose LinkedIn profile still listed him as president but also as working in New York City with a different organization.