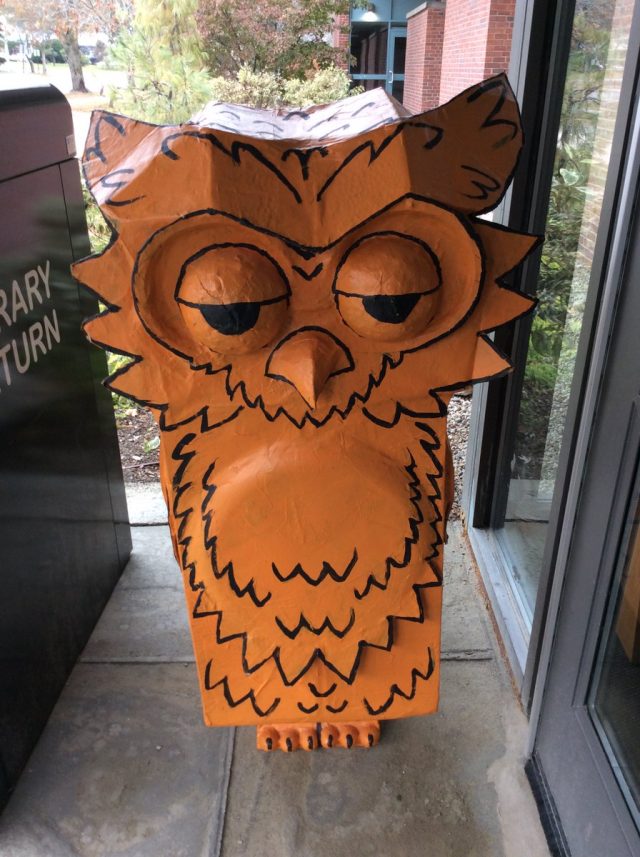 On Monday morning Putterham Library had an unusual surprise near the book drop. Tucked to the side of it was a brown and black owl about the same size as the book drop.

“My supervisor found it, and I think she was surprised,” said Sebastian Sulser, who has been a librarian at the Putterham branch for the past three years.

And in the past three years this is a first, he said.

The librarians held on to the paper mache owl until someone, a local artist, mentioned he liked it.

They gave it to him.

“We still have no idea as to its origin,” said Sulser.

Now the town is tweeting out about the mystery asking for the mystery gifter to come forward. “HooWhoDunnit?” tweeted the town hall Friday morning.

“Hopefully someone will answer the hashtag call,” said Sulser.