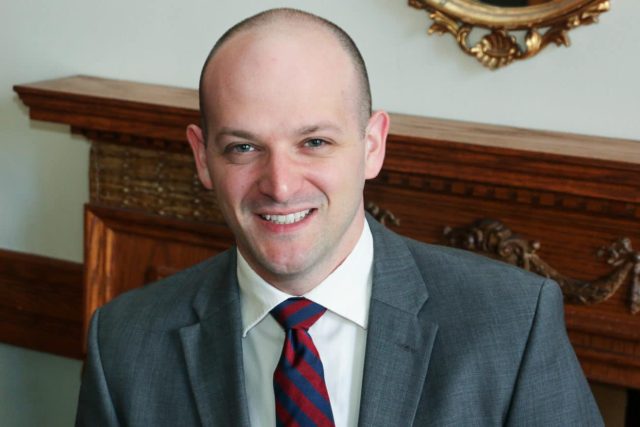 Town Administrator Chas Carey and Town Counsel Joe Callanan are pleased to announce that John Moreschi has been named as the Town of Brookline’s first assistant town counsel. His first day in his new role was Monday, October 03, 2022.

Moreschi earned his B.A. from Merrimack College in 2008, and his J.D. from Boston College Law School in 2011.

Moreschi began his career in public service as counsel to Congresswoman Katherine M. Clark, first in her Massachusetts Senate office and then in her congressional office in Washington, DC. In those roles, John advised the Congresswoman on a number of issues, particularly substance use and criminal justice, with a focus on efforts to help children.

Most recently, he served as deputy counsel to the Massachusetts Senate, where he advised senators and staff on a range of legal, constitutional and administrative matters. Prior to being appointed deputy counsel, John served as an assistant counsel to the Massachusetts Senate and as a senior policy analyst at UMass Medical School’s Commonwealth Medicine.

“The common thread of John’s background and legal experience is public service,” Carey said. “We are excited to see that work extend now to Brookline and I am confident he will continue to make valuable and lasting contributions as a leader in our Legal Department.”