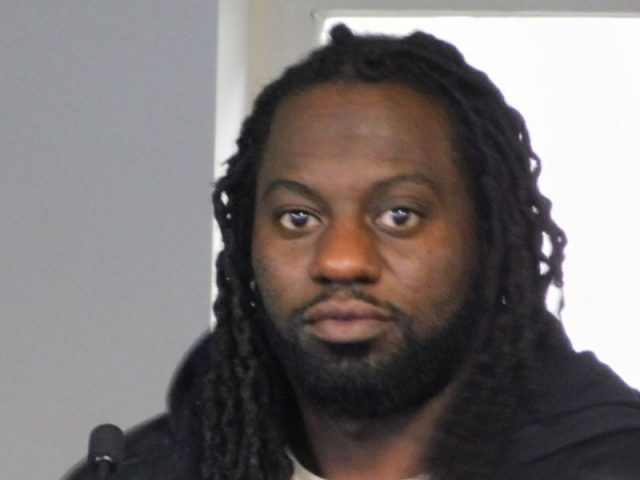 A 31-year-old Boston man known as “Supa Mario” was ordered held on $25,000 cash bail in Middlesex Superior Court in a statewide indictment in which he is accused of feeding women drugs to traffick them for sex in several greater Boston communities, including Newton, Waltham, Boston and Brookline, according to the state Attorney General’s Office.

Hendricks Mario Berdet, aka “Capo,” aka “Supa Capo,” aka “Supa Mario” was indicted in February by a Statewide Grand Jury on the charges of Trafficking in Persons for Sexual Servitude (12 counts), Rape (one count), Deriving Support from Prostitution (10 counts), and Intimidation of a Witness (five counts).

Berdet will or has been be arraigned in Suffolk, Middlesex, Hampden and Norfolk Counties, where the AG’s Office alleges the crimes occured.

Prosecutors says Berdet is already being held on $150,000 cash bail in Suffolk Superior Court where the charges in different counties will likely be consolidated and prosecuted there.

“Ending the sexual exploitation of human beings is one of my office’s highest priorities,” state Attorney General Maura Healey said in a statement.

“In the midst of a deadly and widespread opioid epidemic, we continue to find individuals preying upon those struggling with addiction,” Healy said.

A statewide Grand Jury has also indicted David Rivera, 27, for Conspiracy to Traffic Persons for Sexual Servitude (four counts) in connection with his alleged role in transporting the women for commercial sex.

Berdet was arrested February 14 in Medford by Boston Police and Massachusetts State Police assigned to the AG’s Human Trafficking Division, with assistance from Medford Police and the U.S. Immigration and Customs Enforcement’s Homeland Security Investigations.

The AG’s Office began an investigation in November 2016 along with the Boston Police Department’s Human Trafficking Unit and HSI after the matter was referred by Boston police.

The investigation revealed that Berdet allegedly supplied multiple women with drugs, including heroin and cocaine, in exchange for engaging in commercial sexual activity for his personal profit.

According to authorities, Berdet would allegedly distribute drugs to the women, post advertisements on websites known to advertise sexual services, and transport the women to various homes and hotels in locations including Boston, Brookline, Newton, Springfield and Waltham where they would engage in sexual acts for a fee.

The women allegedly provided all of the money they received for performing commercial sexual acts to Berdet, who required the women to reach a certain quota each night, usually between $1,000 and $1,500.

In some cases, Berdet also allegedly took the victims’ identification or bank cards.