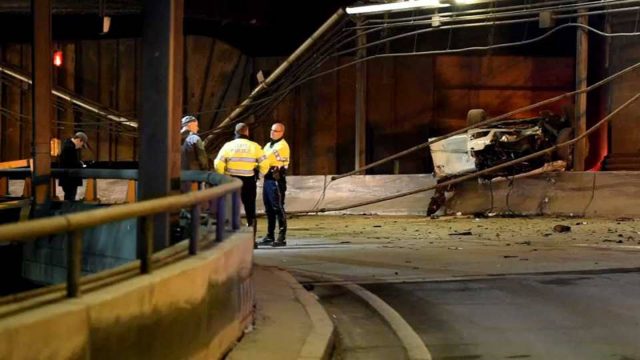 A 19-year-old Chestnut Hill man died early Sunday morning when his vehicle somehow went airborne and struck the ceiling of a tunnel on the Mass. Pike, State Police said.

The victim was identified as Yao Cao. Police initially indicated he was a 20-year-old Brookline man, but later corrected that information.

Cao, of China, was a freshman at Suffolk University.

Police responded to a single-vehicle crash near Exit 22 on the Pike eastbound around 2:15 a.m.

A preliminary investigation indicates a 2013 Audi 8 somehow left the ground and struck the ceiling of the tunnel, ripping down wires and cables.

Cao was pronounced dead at the scene. A female passenger was transported to the hospital with non-life threatening injuries.