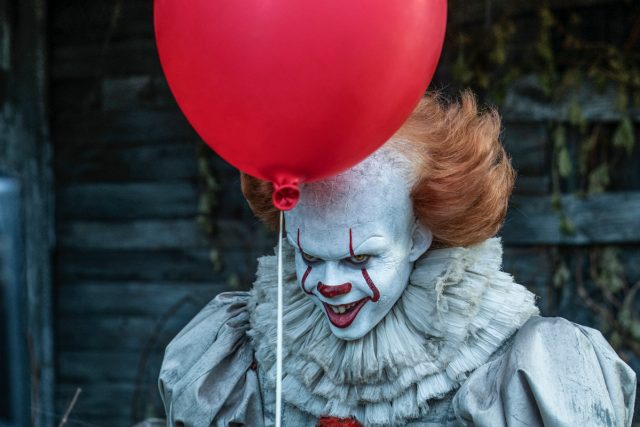 It floats in the darkness, unspooling onscreen with a sepulchral glow. It has waited for what seems like an eternity to meet the eyes of its audience, and it senses in them both anticipation and dread.

Yes, there was that bizarre miniseries back in 1990 (God, remember Tim Curry in that?), but humans have been trying to turn Stephen King’s IT into projected images ever since the novel came out in 1986 and “IT” — that indescribable, interdimensional being — first met the world. Many overmatched adapters have come and gone, all trying to find a way to contain this massive story and to convey some sense of the unspeakable (and perhaps unfilmable) evil contained within it.

IT knows its own power. There is a reason it has endured all these years. Its portrait of childhood — one of bullies, of ritual humiliations, of neglectful parents, of puberty and self-loathing — is universal. And there’s something awesomely compelling about an eternal beast that lies waiting in the sewers, a creature as old as time that feeds on children in part because of the tastiness of their boundless imagination and fear. In IT, coming of age in suburbia meets the unthinkable horror of the beyond; E.T. meets Cthulhu.

So now IT the movie has arrived, and as it looks out at those faces watching in the darkness, it seizes on one in particular. A critic. Kind of middle-aged, kind of overweight (though he’s working on that — no, really, he is), and seemingly a little bored. He was totally with IT during its instant classic of an opening scene, a tense and deeply unsettling re-creation of the child murder that also kicks off the book. But as the film progresses, our critic appears less and less engaged. He’s not really jumping at the jump scares, though IT has gone out of its way to spring them with really loud noises and blasts of music. Where does this guy get off, acting like he’s seen it all before? Does not he know that this is IT, the movie everyone’s been waiting three decades for? Is it possible that all the horror flicks that came in those intervening years have rendered it a little less relevant?

But the critic seems less interested in the scares and the suspense — a shame, since IT is filled with them — and more in the kids themselves. He seems particularly engaged by the early scenes at school, with the camera following the film’s young heroes — all harried outcasts, they call themselves “The Losers’ Club” — gliding from one to the other, cataloging their daily humiliations. The critic looks almost as though he wishes these scenes would go on even longer. Maybe he senses in these kids a genuine fear at all of what life has to offer — not just the monsters from beyond, but the very real monsters in the everyday. Even their dirty-minded back-and-forths capture something true about childhood, an odd combination of curiosity and abandon to temper the constant uncertainty and fear. The snob may whine about this and that, but at least he recognizes that IT has chosen its young actors wisely.

He probably thinks that, more than anything else, this is a story about the unfathomable sadness of being a child, about not knowing your place in the world. IT the novel was scary as shit — the critic remembers being transfixed by it, the first truly big book he ever read, at the age of thirteen — but it also connected with a constant, inexpressible, and very real anxiety. As IT watches the critic watching it, IT wonders about this: The critic is a different person today, maybe less open to what is around him — still terrified of the world, but for different reasons. He is a parent now, which puts him on the other side of the narrative’s angst. Maybe that is why he feels, as he sits in this crowd, like he is having an out-of-body experience — as if he’s watching himself watching IT. He connects with the story’s pain, but indirectly, as an outsider with vague memories of who he once was.

Has IT changed, too? It must admit that it has. Gone is the sheer goofiness of the novel’s set pieces — the cuts that bleed the life from so many Stephen King adaptations, rendering them either shorn of personality or too strange to endure. (So, yeah, no ridiculous child-orgy scene.) But the silliness is not gone entirely. As Pennywise the Clown — that painted, grinning, shape-shifting creature that is the vaguely humanoid manifestation of the story’s central evil — Bill Skarsgård seems to be having fun with his bizarre entreaties to his victims. True, he is more outlandish than terrifying. But at least that is new, right?

IT still senses in the critic’s eyes a disappointment at the big horror scenes. Disappointment, and maybe some disbelief. Perhaps the critic is thinking back to director Andy Muschietti’s first film, Mama, a modern horror classic with some of the most terrifically ruthless scares in recent memory. Perhaps he recognizes Muschietti’s highly stylized camera moves and command of film language but wonders where the surprise and imagination went. Could he be wondering if IT might be scarier if the film quieted down a bit and let the scares do their job without all the extra cinematic pyrotechnics?

Or maybe it has something to do with the fact that IT focuses solely on the kids, and not — as in the novel’s dense, intercutting narrative — on their later adult selves as well. (IT knew that this would be a concern; that’s why it ends with what appears to be the promise of a sequel.) Could it be that the missing pieces are more crucial than IT first thought? The sheer brutality of what happened to the grown-ups helped raise the stakes in the original novel — with key characters dying and getting mauled left and right. As a result, even those unfamiliar with the book might wonder why this kids-only manifestation of IT feels strangely toothless on the horror front.

Nevertheless, IT is determined to win over these equivocating sourpusses. With what feels like growing desperation, the film ladles on more scares, more set pieces. Here’s a sink drain that comes to life and shoots out geysers of blood. There is a giant Pennywise leaping off a movie screen. And, oh, look, a roomful of clowns…no, a roomful of clown dolls. That should be scary, right? But even IT must wonder, as it piles such scenes on top of one another, whether the consequences become less and less meaningful, the danger diminished. Perish the thought. For that would mean we have all waited too long for too little.