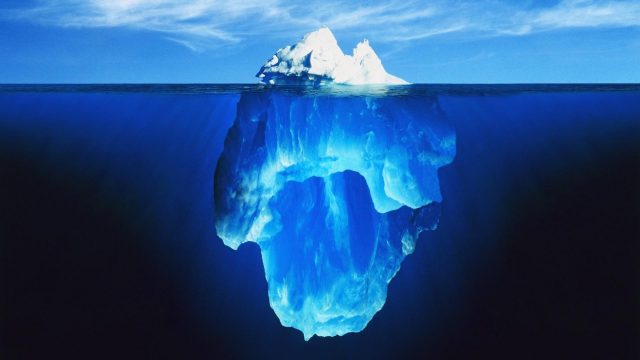 About 10 percent of Brookline’s registered voters elect five volunteer selectmen to act as the executive board of the town and as the police and fire commissioners. Although nominally in charge of town affairs, they delegate day-to-day management to a well-paid town administrator ($214,000 annual salary) overseeing 25 department heads.

Two-hundred-forty elected Town Meeting members meet twice a year to vote on a $300 million annual budget and other issues with the advice of a 30-member appointed advisory committee.

I think it is time to change to a mayoral system because the selectmen/police commissioners are blatantly and publicly avoiding responsibility for important decisions that affect people’s lives. The recent Sanctuary City debacle is just the latest example.
Since the election, many communities have enacted Sanctuary City policies to resist Trump’s racist and anti-immigrant actions. After residents asked about our policies, the selectmen assigned a volunteer committee (one of dozens appointed by the selectmen) to review our policies and make recommendations. In January, they provided the committee relevant policies from other cities and towns and two Sanctuary City resolutions from our Town Meeting. They did not provide the committee with our actual policy, Special Order 2012-06, which was buried out of public view in the police department. The policy was uncovered by persevering and concerned residents via a Freedom of Information Act request only after the committee had begun its work.

In opposition to the Sanctuary City resolutions, the policy instructed our local police to hold people wanted by Immigrations and Customs Enforcement even if they would otherwise have been released because of the minor nature of the local charges against them, such as driving without a license. At the time our policy issued, Gov. Deval Patrick made national headlines by instructing the state police not to cooperate with ICE out of concern that it would discourage immigrant communities from reporting crime to local police. It should have been obvious that the decision to cooperate with ICE belonged to our elected selectmen and police commissioners, not unelected department heads and administrators.

At the Feb. 28 selectmen’s meeting, however, Nancy Daly, a selectmen/police commissioner since 2008, went out of her way to tell the public that the selectmen had nothing to do with the policy. I tried to ask the police chief why the selectmen had not been involved since he was answering questions at the podium, but selectmen Chairman Neil Wishinsky denied my request, saying there would be a public hearing the following week.

At the March 7 public hearing, I asked how many of the 240 Town Meeting members were present, given the strong public interest of their constituents (including 800-plus petition signers) in making Brookline a Sanctuary City. Only six people in an audience of approximately 100 people raised their hands. I asked town administrator Mel Kleckner directly whether he had given the green light to Special Order 2012-06. Mr. Kleckner said nothing. When I persisted in my question over the objection of selectmen chair Neil Wishinsky, Mr. Kleckner said, “If the board wants me to answer the question, I will.” The four other selectmen were quiet and Mr. Wishinsky told me to “move on.” They would not require Mr. Kleckner to answer the question. I pointed out that the selectmen had not allowed the police chief to answer my question either. Later in the hearing, a member of the public asked why the selectmen had not responded to valid questions from the public. Mr. Wishinsky said the selectmen answer some questions and choose not to answer others.

The same blatant lack of accountability exists in budgeting. There is no oversight. The town administrator sets the budgets with the department heads and they are approved as requested by the advisory committee and town meeting year after year. The police budget is $16 million and is routinely rubber-stamped by the advisory committee and town meeting. In recent years, the chief’s four top level commanders, including his brother, were given a $33,000 a year raise simply for changing their job title from captain to deputy superintendent. We have a diversity department with a $313,000 budget that does nothing but coordinate events that were previously done by volunteers. There are many other examples of waste, all occurring as we claim we don’t have the resources to pay paraprofessionals in the schools a decent wage.

As it stands the current system is ethically and fiscally unacceptable. A $214,000 per year administrator making important decisions on our behalf with no supervision should be elected and held accountable by the people, not protected by five volunteers. It’s time to retire our town meeting form of government and elect a mayor.