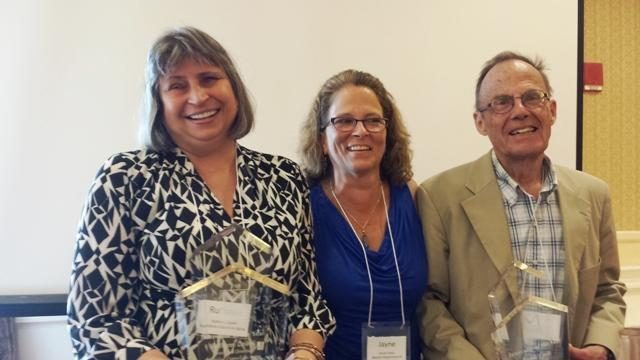 When prompted, Ruthann Dodek can easily pivot the spotlight on why she has advocated and worked for seniors for the last 35 years.

It is all in thanks to her grandmother.

“She was a role model for positive aging,” she said in a recent interview with the media. “One of my first jobs in college was at a nursing home during the summer. I had never set foot in one before and because my grandmother was healthy and living independently, once I was there, I saw all kinds of things I didn’t like or felt shouldn’t happen.”

That following semester, Dobek enrolled in an undergraduate class at UMass Medical in gerontology. “From there, it was very inspiring.”

A wide array of roles

Dobek today is the executive director of the Brookline Senior Center, buttressed by the Brookline Council on Aging, and operating since 2001. Having held four jobs within the Council since 1983, when she was a Boston University postgrad with a master’s degree, she began as a clinical social worker. Years later, she was also the project liaison throughout development of the Senior Center, overseeing coordination and fundraising.

In 1987, Dobek completed writing her first grant for “H.E.L.P.”, the Home and Escort Linkage Program, with hopes of providing seniors with housekeeping assistance and transportation to appointments.

It currently serves 400 residents and is upheld as a model across the commonwealth, she said.

As the Senior Center’s executive director, she is charged with supervision of her staff, making sure the budget is steady, administrative duties, helping to relocate seniors in case of emergencies and collaborating with interested media outlets, such as The New York Times, and lecturers on special programs.

She is tireless. Yet the end goal is unvarying.

“We always say, ‘What we do matters’,” said Dobek. “We see our impact every day.”

A vision of caring

Opened weekdays during the work hours of 8:30 a.m. to 5:00 p.m., the Brookline Senior Center offers a plethora of activities that reinvigorate local seniors. Dobek proudly confirmed that one retired pediatrician, over 100 years old, faithfully attends the memoir writing course. Another centenarian never misses his personal trio of chorus, lunch, and poetry class, she said. Exercises classes are the most popular.

A feature of the Senior Center that is especially heart-rending for Dobek is that a meaningful number of its 365 volunteers are Brookline seniors themselves. As elders helping elders, their presence amplifies the space’s purpose, and Dobek’s vision–that the silver-haired and potentially less able-bodied are not neglected and, conversely, are very much cared about.

“To feel valued and a sense of belonging and community…that’s what we strive to give,” she said. “One of the biggest problems in our society today, like with public health, is loneliness. The seniors don’t want to be isolated or takers. They want to be contributors. Once they’re here, we cry together, we laugh together. It’s almost like a mini-school happening.”