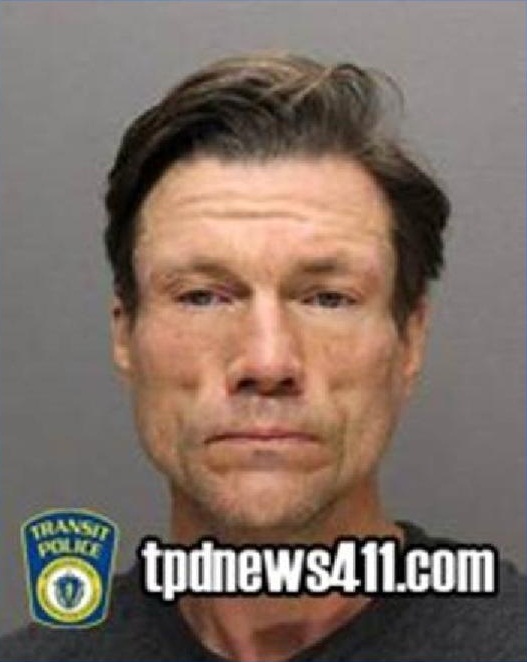 MBTA’s Transit Police arrested a Canton man for, ahem, conducting himself in a lewd manner while he was on C Line. Turns out he was also a registered Level 2 Sex Offender.

On Thursday, May 25, a woman was on the Green Line train headed toward Coolidge Corner and noticed the man next to her may have been masturbating, according to the MBTA Transit Authority. She moved seats and called the transit police to report it. Transit Police officers met the train at the Coolidge Corner station in Brookline, and after talking with the woman took the man, later identified as Robert Widberg, 53, of Canton, into custody for Open & Gross Lewdness and transported to Transit Police Head Quarters for the arrest and booking process. That’s when they discovered Widberg is a Registered Level 2 Sex Offender.

There are 3 Levels of Sex Offenders, according to the state: Level 1 being the type that’s least likely to pose a danger to public safety. Level 2 Sex Offenders are deemed at a moderate risk for reoffense.

There are seven Level 1 sex offenders who live in Brookline and three who work in town, according to the registry.

“The public shall have access to the information regarding a level 2 offender through the Local Police Department and through the Sex Offender Registry Board for Level 2 offenders classified after July 12,2013.”

The state deems the risk for Level 3 Sex Offenders to commit a crime again highest and the degree of dangerousness posed to the public is such that a substantial public safety interest is served by active dissemination, it shall give a level 3 designation to the sex offender.

There are no Level 3 sex offenders who live or work in Brookline, according to the Sex Offender Registry.