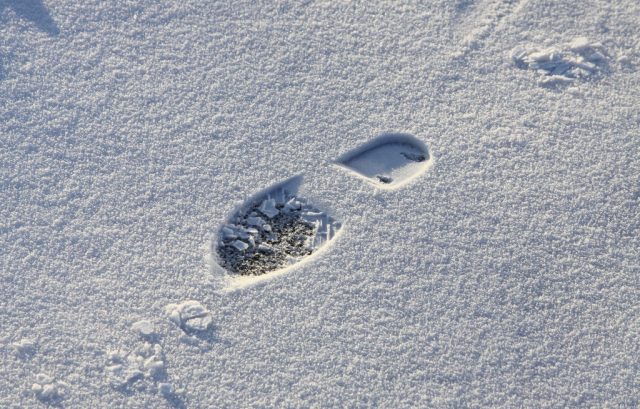 Record-breaking snowfalls and frigid temperatures will continue to impact the Plains, Great Lakes and Northeast, leaving a safety as well as an economic impact on these areas.

With many retailers looking forward to post-holiday sales, hopes of finishing the season on a high note may be dampened by extreme weather conditions that are likely to prevent bargain hunters from hitting the stores.

On Christmas day, Erie, PA, beat its biggest single snow day on record — 20 inches on Nov. 11, 1956 — by over a foot, according to The Weather Channel. The city’s Millcreek Mall was closed on Dec. 26 and Dec. 27, according to a shoe retailer located in the mall, who noted that business resumed today as the city continues to clean up.

At Shoe Fly, an 11-unit family shoe store in Erie, customers were back shopping today, according to department manager Jeff Theiss. Some came in looking to exchange holiday gifts. Still, Theiss said it will be tough to recoup key business lost during the storm.

Koltin Hammer, a sales associate at Achilles Running Shop, also in Erie, said he expected to see customers return to stores today. He noted that the weather did not have a huge impact on sales, however, since post-Christmas is typically a time for exchanges and gift card purchases.

Mar-Lou Shoes in Lyndhurst, Ohio, experienced snow yesterday, but since the sun returned today, it was business as usual, according to co-manager Mary Hollifield.

Like Hammer, she said many shoppers were coming in with exchanges and gift cards — typical post-Christmas activity. The store also was offering a $50 discount on Pajar boots to select customers via an email blast, with similar discounts on other brands being promoted to the general public to kick off the store’s annual year-end sale beginning on Jan. 9.

Minneapolis-based comfort retailer Shoesters, which operates a sister location in St. Paul, MN, found that today’s frigid temperatures did not deter shoppers from stopping into the store. According to sales associate Meg Ruddy, customers were exchanging gifts. A strong seller for holiday was Birkenstock sandals, despite the fact that they are not a cold weather item.

The Comfort One Shoes chain, which has a location in Washington, DC, saw today’s cold temperatures impacting foot traffic. Sales associate Masresha Zemenfes said strong winds likely had shoppers staying home. “No one wants to be outside,” she said.

In Brookline, MA, Andy Nastasi, owner of Downtown Shooz, said he is still on the fence about the effect the cold weather will have on year-end sales. While some shoppers might shy away from walking around town, the store may still see some traffic from those who walk to Brookline as a destination. “We felt [the weather] was going to kill business, but we’re not experiencing that [yet],” he said.

What Is Going On With The Legal Betting Situation In Maryland?

2022 U.S. Open To Mark The Next Chapter In A Storied History Of Golf In Brookline And At The Country Club

What Is Going On With The Legal Betting Situation In Maryland?