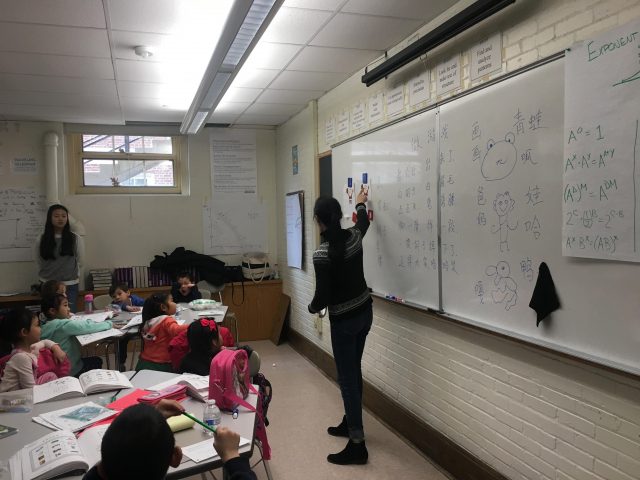 Considering the refreshing breeze outside and scattered auburn leaves decorating Lowell Road by Brookline High as children and their colorful backpacks excitedly skipped inside it would be apropos to assume it was a typical autumn school day. Except it was March 3, the weekend, and classes were in session for the Brookline Chinese School (BCS).

What began as a conversation among friends in 2016, about the state and preservation of Chinese culture in Brookline, BCS has since become an independently run institution where the Chinese language and customs are taught to children and tweens aged kindergarten to sixth- and seventh-grade, as well as a small but growing number of adults. 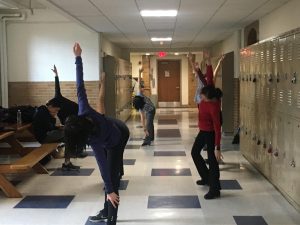 “We got to talking about how more and more people living in Brookline are really interested in learning about the Chinese culture and there is a considerable amount of adopted children of Chinese descent too. Their families want them to learn about their roots,” said Anny Zhou, one of the founders of BCS alongside Qiong (Joanne) Wu and Yonglin Li.

Heritage schools are not a new concept. But for Asian-Americans, particularly Chinese-Americans who are the first, second, and third generation of their families, it is endemic of their upbringing to attend “Chinese school.” This cultural duality has been a niche topic in memoirs and coming-of-age stories, such as last year’s Amazon Prime movie “An American Girl Story – Ivy & Julie 1976: A Happy Balance”. Ivy, a Chinese-American, is obligated to attend Chinese school with her brother and laments it until she grasps the value of engaging and identifying with her ancestry.

A journey like Ivy’s is the impetus of the Brookline Chinese School. By inculcating to students that the act of connecting to your ancestral community can coexist within an American living. Zhou dreamily believes that “when they grow up, they’ll appreciate having learned additional languages and knowing about other cultures.”