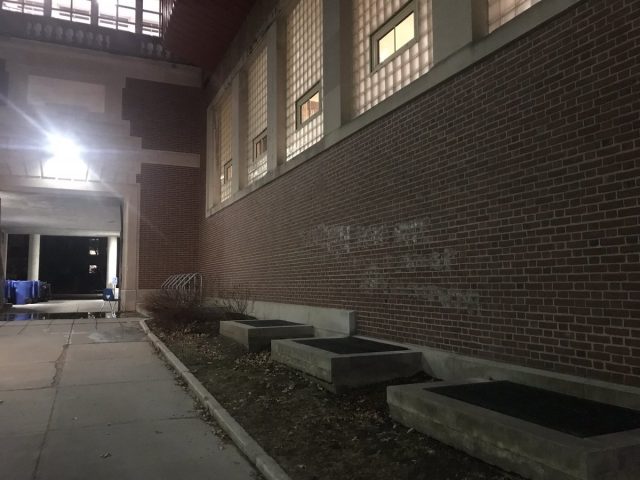 The Brookline Police Department is currently investigating spray-painted messages on the side of the gym at Brookline High School.

The graffiti was first reported last week, on Feb 22. According to a custodian it included yellow and gold spray paint with profanities and was placed clearly in view from the Steps to Success and the African American/Latinos Scholar’s Program rooms.

After police took photographs of the graffiti and collected other evidence, the profanities were power washed from the brick wall. 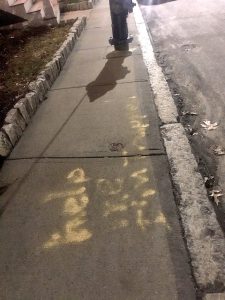 Police told the media there have been a string of other spray paint incidents in the city and there is reason to believe they are all related.

Stan Trecker said he found graffiti outside his house in the same color that said “I thought you loved me.”

“We came out to take a walk and there was graffiti on the sidewalk and on the street with kind of a strange message that we don’t know how to interpret,” he said.

“First of all, it’s really bad that someone did that with racist remarks at the high school. But the fact that it could be the same person is disturbing,” Trecker said.

Police are asking for anyone who may have surveillance video of the vandals to call 617–730–2222. 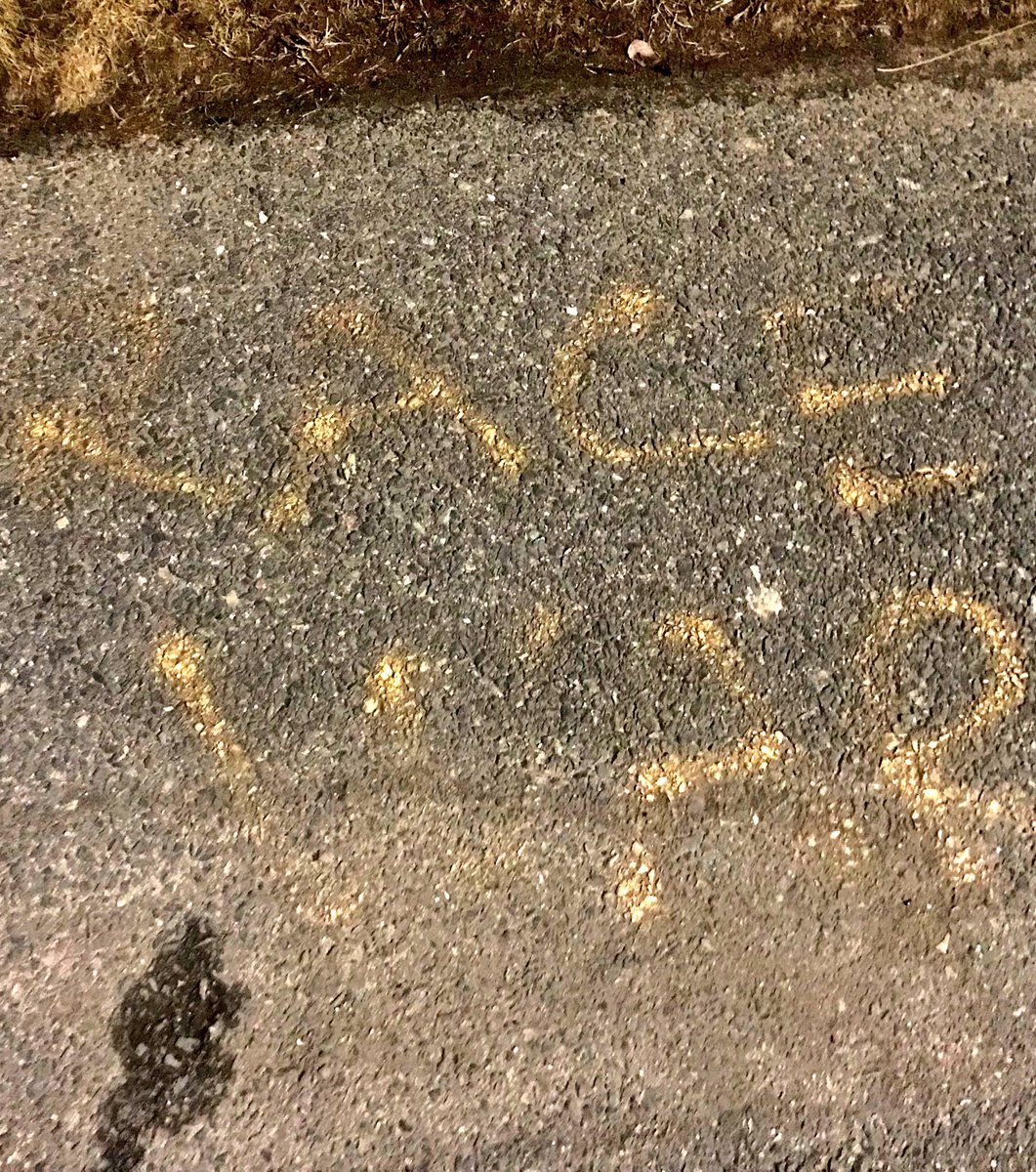