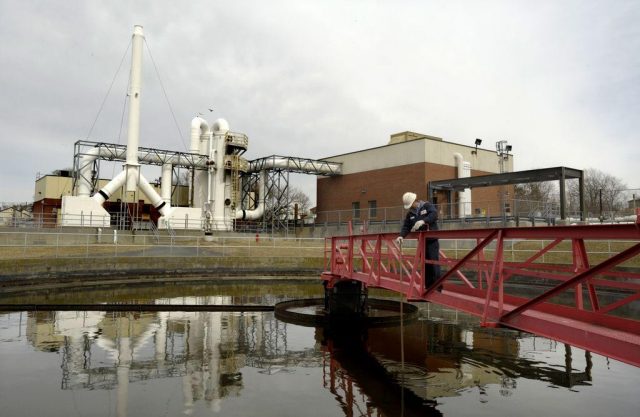 The concept: A new approach to wastewater treatment would use small, local facilities to clean water, generate electricity and produce fertilizer. Next steps: The town of Littleton has appropriated $450,000 to design what is believed to be the first such facility in the country.

When life gives you lemons, make lemonade. When it gives you wastewater, turn it into electricity and fertilizer.

That is part of the concept behind a new approach to wastewater treatment the Charles River Watershed Association is supporting. With every flush of the toilet, there could be an opportunity conserve water, generate electricity and make a profit, according to proponents of Community Water and Energy Resource Centers approach.

In a new 75-page report, the Charles River Watershed Association calls for a network of small, decentralized, local wastewater treatment facilities. In would go sewage and food waste; out would come clean water and fertilizer, which could then be sold. Along the way, the treatment process would give off methane, which could be used to generate electricity. Thermal energy given off during the process could also be captured and used locally to heat buildings.

The town of Littleton has already embraced the model, which is called CWERC, or Community Water and Energy Resource Centers. Town Meeting recently appropriated $450,000 for planning and design work on what is believed to be the first CWERC treatment plant in the United States.