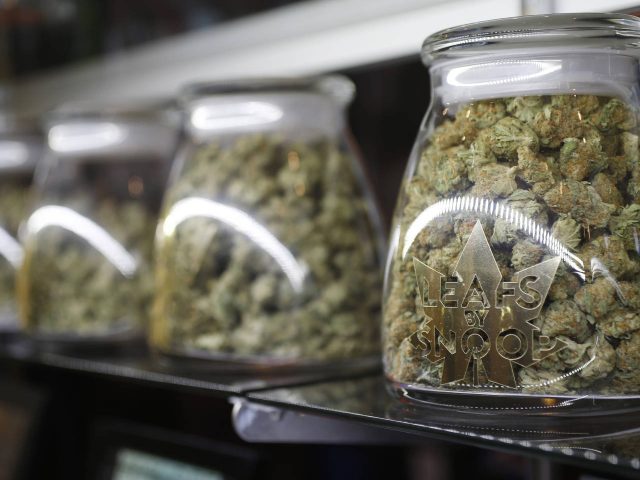 Uncertainty over the process cities and towns must follow to opt out of the sprouting legal marijuana market has sparked confusion across the state and needs to be clarified by the Legislature, the attorney general’s office and a municipal lobby said Monday.

Cities and towns are urging lawmakers to let them restrict or prohibit commercial marijuana sales within their borders by a vote of the municipal legislative body, rather than a community-wide referendum as is called for under the law.

“The new law … makes it impossible for selectmen, mayors, councils or Town Meetings to make this decision,” the Massachusetts Municipal Association wrote in a letter to the Legislature’s Committee on Marijuana Policy. “Instead, communities are only allowed to enact a ban if they place a question on the ballot and voters approve the question at their next state or local election.”

The MMA said in its letter that it “is clear that the marijuana industry lobbyists learned a lesson from Colorado,” where 70 percent of municipalities have imposed a ban on retail sales via a vote of the local governing body.

Last week, when asked what changes to the ballot law would be seen as violating the will of the voters, Yes on 4 campaign spokesman Jim Borghesani pointed first to allowing marijuana establishments to be prohibited from a town by a vote of the selectmen rather than town referendum.

The ballot law was approved in November with 54 percent of voters agreeing to it and it became legal for adults to use, possess, grow or gift marijuana in December. In about 25 percent of municipalities, opponents of the law prevailed and it was unclear how voters feel about retail shops in their communities even in cities and towns that approved the question.

Legalization opponents made local control a central theme to their opposition during the campaign, but a review of the law by a panel of 20 Massachusetts voters last year concluded the law “provides significant control to city and town authorities by allowing safeguards on the operations of marijuana establishments.”

The process that cities and towns must follow to opt out of the legal marijuana market has sparked concern in city and town halls, the MMA and attorney general’s office said.

Margaret Hurley, who runs the attorney general’s Worcester regional office and focuses on municipal law, said the marijuana law provides an avenue for municipalities to restrict what kinds of marijuana facilities will be allowed to open, but that the law is not clear enough on the process of doing so.

“Our office has received many questions from experienced municipal attorneys across the state… seeking guidance as to how they may regulate commercial marijuana establishments,” she said. “Many have expressed concern that the law is not clear as to whether a limit on the number of marijuana establishments or a complete ban can be accomplished by town meeting vote, bylaw vote or a town wide ballot vote, or whether both a town meeting vote and a town-wide ballot vote are required. And if a ballot vote, what should that ballot vote say?”

Hurley said Attorney General Maura Healey “shares this concern and believes municipalities would be greatly assisted by a legislative clarification of this issue.”

The MMA agreed that “poorly-drafted opt-put ballot provisions have led to considerable confusion among cities and towns and their legal counsel. For Proposition 2 1/2 overrides, the MMA pointed out, state law requires a ballot question go before voters and also provides language that is to be used on the ballot. The marijuana law does not provide such boilerplate language.

“As a result, we are certain that unnecessary and costly litigation will become commonplace regarding the wording of ballot question language, especially in those instances where a community votes to prohibit commercial sales, as the nationwide marijuana industry is prepared to spend significant resources to defend their marketplace,” the MMA wrote, suggesting the Legislature change the law to allow local governing bodies to opt out to remedy the problem.

Westborough voters this month voted overwhelmingly to bar retail marijuana shops from their town, and Hurley said other towns are looking into forbidding establishments or temporarily prohibiting them. The attorney general’s office is currently reviewing bylaws submitted by Millbury and Ashland, she said.

Rep. Hannah Kane, a Republican who represents Westborough and Shrewsbury, said Shrewsbury is looking into how it can restrict marijuana businesses and wants to be sure it is going about the process correctly.

The municipal association is also warning lawmakers that home-grown allowances in the ballot law could grow the illicit black market for marijuana. The law allows the cultivation of up to six plants per person, and 12 per household.

“Local and state law enforcement officials are gravely concerned regarding the home grow language in the new law,” the organization wrote, estimating twelve plants could yield approximately 12,000 joints, or thousands of “servings” of marijuana-infused edibles. “The sheer volume of home-grown marijuana will clearly incentivize a burgeoning black market that will hit the street at least a year before official, regulated commercial sales become lawful, creating a source of sales that could easily reach school-aged children and teenagers.”

Four Common Garage Door Opener Issues & How To Fix Them

Four Common Garage Door Opener Issues & How To Fix Them