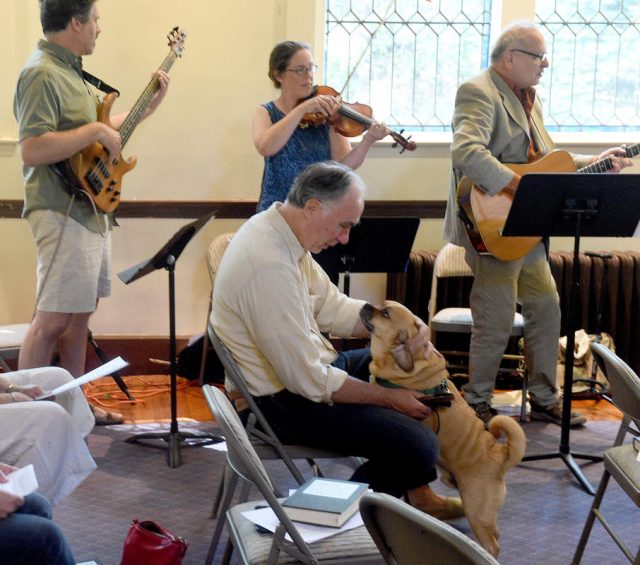 It was during a trip to the Angell Animal Medical Center’s emergency room with her son’s pet iguana several years ago that the Rev. Eliza Blanchard heard her calling to launch an animal-care ministry.

Dozens of kindred spirits flocked to Blanchard yesterday for a Blessing of the Animals at First Parish in Brookline, where she serves as a community minister.

And though Blanchard has devoted herself to helping pet owners through end-of-life decisions and offering pet-loss healing circles, she said, “The blessing itself is often very joyful. People are amazingly frank about sharing some of the more challenging characteristics of their animals, but with love.”

At past blessings, Blanchard said she has been brought a hamster, a python and even beetle bugs.

Blanchard said she was deeply touched by the gamut of emotions she witnessed in Angell’s waiting room and realized there was a need for humans to process and cope with their fears and grief where animal companions are concerned. She said there was “a cluster” of people yesterday seeking blessings for animals in old age. Despite the advancing shadow of loss, she said, “There’s this wonderfully poignant awareness and gratitude about their lives.”