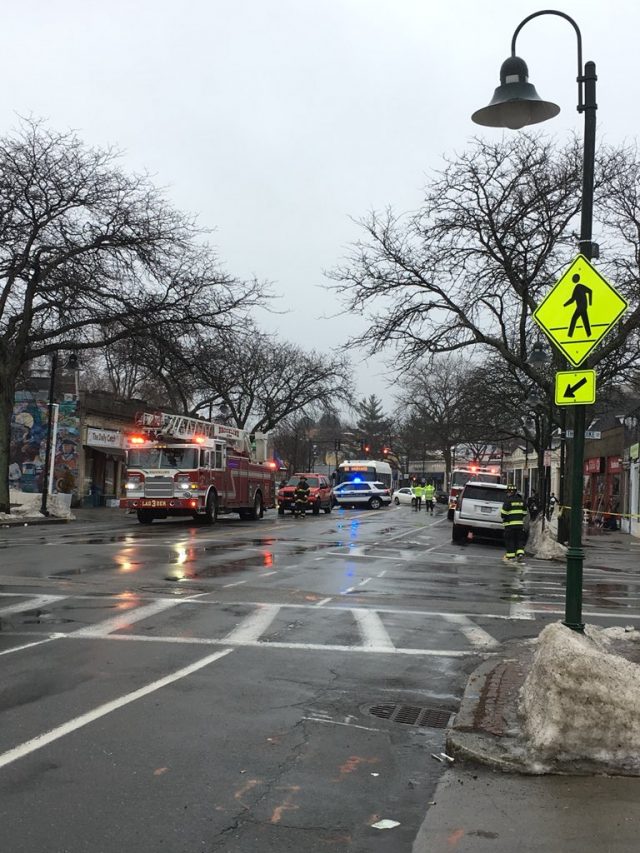 Representatives from the gas company say the manhole explosion in Coolidge Corner Friday was not gas-related. Police closed the street in both directions and diverted traffic for more than an hour Friday evening after a manhole reportedly exploded because of a suspected gas leak build up on Harvard Avenue near the corner of Thorndike in Coolidge Corner. By 4:00 p.m. the road was open again.

No one was reported injured in the manhole explosion, police said and Fire, police were on scene blocking the road very shortly after the incident.

National Grid was called to assess just how dangerous the scene was, Deputy Superintendent Michael Gropman said. Police said National Grid said there were no dangerous readings in the buildings nearby but the road remained closed as of 3:30 p.m. though police were letting buses through the area, until National Grid got the go-ahead from National Grid supervisors.