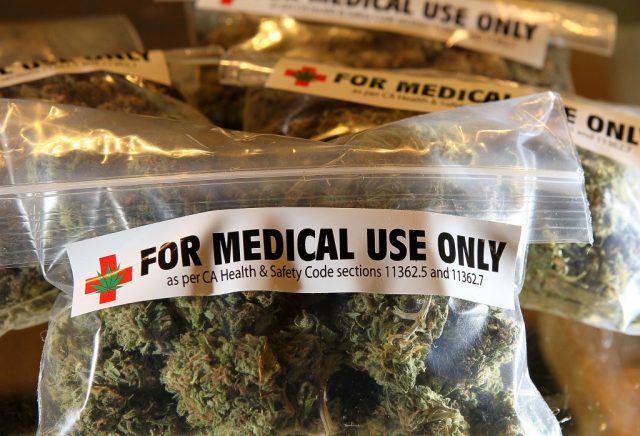 One year ago, the battle over whether marijuana should be legal for adults to use was raging in Massachusetts. Now that it’s settled, the combatants are still engaged in a skirmish over how the legal marijuana market should be structured and regulated in Massachusetts.

The Cannabis Control Commission is in the middle of a series of listening sessions around the state and organizations from both sides of the legalization debate are hoping to pack those sessions to sway the commission’s regulations in their favor.

“We need the prevention community’s voice heard at these meetings,” the Massachusetts Prevention Alliance, which opposed medical marijuana and adult use legalization, wrote to supporters in an email Tuesday. “PLEASE arrange your schedules to attend the remaining four of seven sessions THIS WEEK.”

Jody Hensley, policy advisor for the Prevention Alliance, said the organization wants to make sure community health supersedes interests of the marijuana industry as the CCC writes the rules of the budding industry.

The alliance’s priority is protecting “community rights to maintain norms that protect families and children from drug use,” Hensley said. That means restricting marijuana edibles and concentrates “as much as possible,” limiting the potency of certain marijuana products, mandating strict advertising restrictions, cracking down on public consumption, and state-funded marijuana prevention education in every school.

Prevention Alliance supporters are also expected to press the CCC to impose strict product liability standards and dram shop laws to hold marijuana shops liable if they sell psychotropic marijuana to a person who is clearly impaired, and to adopt a strong standard for driving while high in order to discourage impaired driving.

The alliance is also worried that the “real and growing problem” of cannabis use disorder and the potential for addiction is being overlooked, especially by teens, because the prevailing message is that marijuana is legal and not harmful to adults.

The legal cannabis industry and its advocates are also encouraging its supporters to make their voices heard at CCC listening sessions as a way to blunt the impact of testimony from groups like the Prevention Alliance.

“It is likely that legalization opponents will show up and advocate for restrictive regulations that would harm the rollout of a safe, effective legalization system,” Matt Schweich, the director of state campaigns for the Marijuana Policy Project (MPP), wrote in a Tuesday email to supporters. “We need as many legalization supporters as possible to balance the opposition messaging and to call on the CCC to meet their deadlines.”

The MPP, the national group that backed the Yes on 4 legalization campaign here, already had its chance to tell the CCC how it should craft its regulations. Last week, Will Luzier and Jim Borghesani — formerly of Yes on 4, now working for MPP — laid out three principles they would like the CCC to follow: appropriately controlling the legal market while withering the black market, keeping marijuana regulations similar to those for alcohol and writing cannabis regulations that mirror those in other legal states.

Though the legality of marijuana is settled, the fine details are left to the CCC to hammer out in its regulations.

Among the topics the CCC regulations must cover are: the method and form of application for a marijuana license, a schedule of fees related to the application and licensing process, qualifications for licensure and minimum standards for employment, requirements for record keeping and tracking marijuana, minimum security and insurance standards, health and safety standards, and agricultural standards.

The bulk of the regulations, the ones which must be in place in order for the CCC to issue licenses, must be promulgated no later than March 15, 2018. Retail sales are expected to begin in July 2018.

The CCC held a listening session on Martha’s Vineyard on Tuesday, in Worcester on Wednesday morning, and plans to hold sessions in Boston on Thursday and Pittsfield on Friday. The CCC will also accept written comments until the end of the month by email at cannabiscommission@state.ma.us.

Once the CCC drafts its regulations and releases them, the commission plans to conduct a separate public hearing and comment period before the rules take effect.