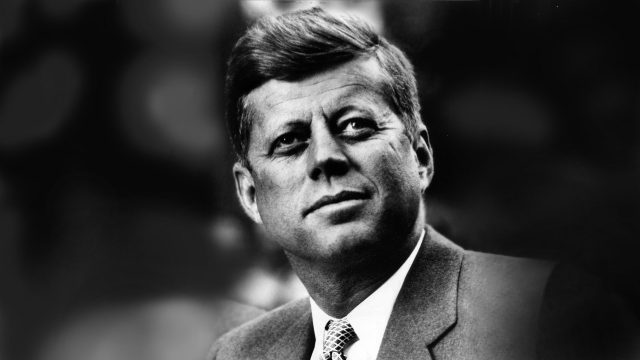 A year of events marking the 100th anniversary of President John F. Kennedy’s birth is drawing to a close exactly 54 years after his assassination.

National park rangers will lay a wreath outside Kennedy’s childhood home in Brookline, Massachusetts, and a 21-gun salute by an honor guard will follow.

Wednesday’s solemn commemorations fall on the anniversary of Kennedy’s assassination in Dallas on November 22, 1963.

The observances are being held at what is now known as the John Fitzgerald Kennedy National Historic Site administered by the National Park Service.

The nation’s 35th president was born in the leafy Boston suburb on May 29, 1917. Over the past year, numerous conferences and other events have been held worldwide to examine JFK’s legacy and imagine his impact had he survived.