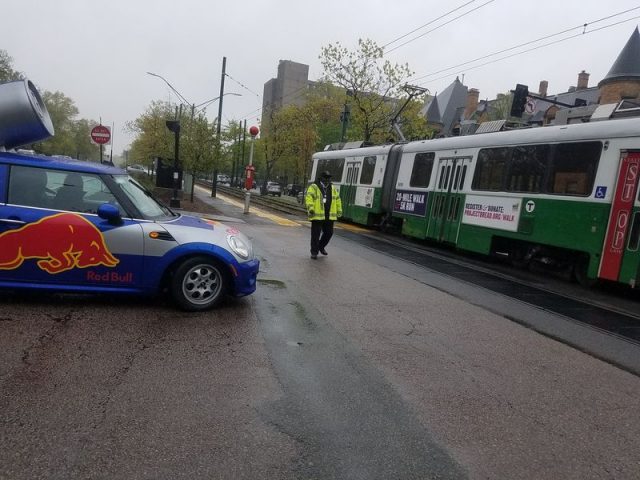 Just before 1:00 p.m. a Green Line C train stopped on its way inbound, blocking Dean Road at Beacon Street. MBTA officials were on the scene, telling traffic to seek another way around that intersection.

Someone on a Green Line C Train immediately posted the news.

No word on how this will affect the rest of the C Line traffic this Mother’s Day, but apparently the D Line is also experiencing issues.

The MBTA had the most derailments in the country last year, according to data released by the National Transit Database earlier this year. The Green Line trolleys lead the way as six light rail trolleys and two heavy rails in Boston jumped the track the last year giving the award for highest number of light rail derailments to the MBTA.