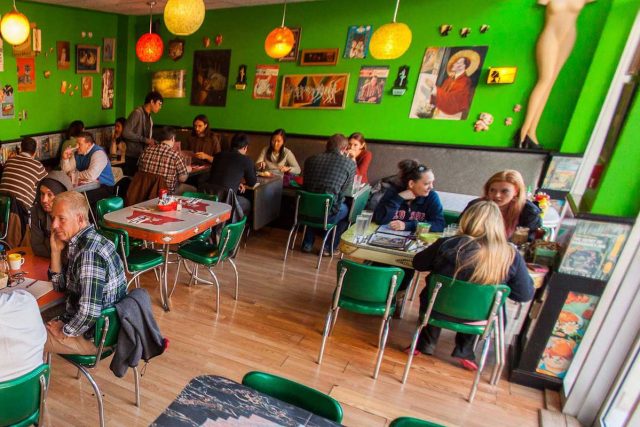 A third Boston-area location of a popular breakfast restaurant will not open in Brookline as planned: Owners of The Friendly Toast have decided not to pursue a new restaurant in Coolidge Corner, according to Boston Restaurant Talk, instead focusing on expansion in two other locations.

The Friendly Toast announced earlier this year that it would open within the former Yasu space 1366 Beacon Street with seating for 142 people, as previously reported, but will no longer pursue this expansion. Owner Eric Goodwin and business partner Scott Pulver (who purchased The Friendly Toast in 2013) will instead continue to work towards opening two additional restaurants in the Burlington Mall and in Bedford, NH. The Friendly Toast, which first opened in Portsmouth, NH, is known for its filling all-day breakfast dishes, burgers, sandwiches, soups, and even burritos.