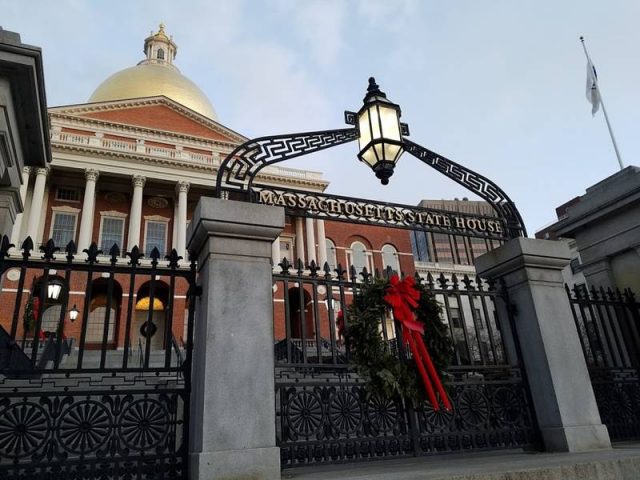 Since 1974, when the Norfolk 15th District Seat was created in the State House of Representatives, no woman has filled the seat. Now that State Rep Frank Smizik has announced his decision not to run in the next election, Rebecca Stone, former Brookline School Committee member, wants to change that.

After she heard the news that Smizik would not seek another term, Stone said she focused on celebrating his years of dedicated service and achievements. But she said recently she could not help but notice the State House is 75 percent men. “It’s time for a woman to fill that seat,” she said.

Stone said being a professional woman with her own “Me Too” moments was an important element of her candidacy. But it was the current political and social climate, together with the recent experience of organizing care for her ailing father so he could spend the last year of his life at home informed and inspired her decision to run.

“Both Brookline and the Commonwealth face major challenges, especially today when Congress and the White House are enacting policies that are at odds with our values and threaten our most vulnerable residents,” she said in a statement.

Stone said there are a number of things she plans to focus on once elected, including; “amplifying civic voice, advancing human rights, protecting the reproductive rights and health of women, and building stronger services and supports for children and families.”

Stone who spent nearly a dozen years on the School Committee, serving as vice-chair and then chair from 2009-2012, points to what she called her pivotal role in a number of significant moments for Brookline and the Schools.

“In my first year on the Committee, I was on the bargaining team that negotiated significantly more time in Brookline’s too-short school day and greatly increased educator salaries, paving the way for the establishment of K-12 world language education which is now a basic part of a Brookline education,” Stone said in her announcement. She pointed out that she helped lead the effort for the 2008 Override that paid for the extended school day, along with raises for teachers and staff, and funded the implementation of a core curriculum in World Language starting in Kindergarten.

With Head of the Select Board Neil Wishinsky, Stone also led the 2015 “Yes for Brookline” override campaign that secured funding to hire more teachers and staff to meet 40 percent growth in school enrollments.

“I have never met a more tenacious advocate or a better collaborator than Rebecca,” said Wishinsky (who is on Stone’s campaign committee) in a statement. “She has shown her commitment to Brookline time and again — four terms on the School Committee, leadership of overrides, and great integrity when facing the occasional slings and arrows of public service. I look forward to working with her as Brookline’s representative.”

Stone has lived with her family near the Lawrence School in North Brookline since 1999. She and her husband, Stephen Walt, have two children who graduated from the Lawrence School and Brookline High School. She has been a consultant to non-profits and philanthropy for more than a decade, most recently developing special programs in the area of family strengthening for the William J. and Dorothy K. O’Neill
Foundation.

Stone’s announcement January 8, comes less than a week after former Selectwoman Jesse Mermell, who many speculated might consider running for Smizik’s seat, announced that she would be sticking to her current position as President of The Alliance for Business Leadership, where she works on social responsibility and economic growth, ranging from paid family and medical leave to raising the minimum wage, and from investing in transportation to advancing clean energy solutions.

“There may well be another campaign in my future, but this isn’t the right race at the right time,” she said in an emailed statement.